“Daily Show” producer Ramin Hedayati spends his morning flipping back and forth between the “Today Show” and “The Early Show,” glancing at major news sites and political blogs and reading The New York Times. When he gets into the office, he scans through news shows recorded on the office’s 13 TiVos and looks for glaring inconsistencies, misleading reports and humorous soundbites.

While watching Sean Hannity’s coverage of an anti-health-care-reform rally at the Capitol last week, he knew something wasn’t quite right. “I remember saying to myself …’There couldn’t be a more beautiful day for this rally.’ Then all of a sudden it went to cloudy footage,” said Hedayati. “Hannity used footage from Glenn Beck’s 9/12 rally to make his rally look bigger … We were surprised that no one else caught it.”

Hannity responded last week to the show’s uncovering of the inconsistency, saying the video switch-up was an “inadvertent mistake.”

While its touts itself as a comedy show first and foremost, “The Daily Show” is also an unabashed media critic and ombudsman of sorts that exposes journalists’  wrongdoings and shortcomings.

“I feel like there are lot of critics of the government but there are very few critics of the media who have an audience and are credible and keep a watch on things,” said “Daily Show” writer Elliott Kalan. “That’s a role that we provide that we take very seriously.”

Kalan said the biggest mistakes he sees the mainstream media make involve overreaction and early reaction to the news. On television especially, he said, everything is “a scoop” or “breaking news” even when it’s not. He noted that presenting the coverage in such a way leads networks to give news a level of speed and intensity that can sometimes get in the way of facts.

The liberal-leaning “Daily Show” more often than not picks on Fox News and conservative commentators such as Hannity, Glenn Beck and Bill O’Reilly.

But it also takes satirical jabs at other mainstream media outlets. Recently, it criticized CNN for saying “let’s leave it there” during critical parts of an interview and, in another show, made light of nightly news broadcasters getting too excited about having covered the fall of the Berlin Wall 20 years ago.

At the same time that “The Daily Show” is critiquing the media, it’s also establishing itself as a “trusted” news source, even though it doesn’t refer to itself as one.

Calling out the media when it takes things out of context, overplays the news

“The Daily Show” often points out when the media doesn’t do their job — such as when host Jon Stewart called out CNBC’s Jim Cramer for repeating corporate spin instead of investigating the truth.

“Daily Show” Segment Producer Patrick King said the episode exposing Cramer’s contradictions “was less about finding inconsistencies as it was about going at the heart of what that network reports itself to be. It holds itself to be the ‘end all, be all’ of economic journalism, but when you actually watch it leading up to the recession, you see they were really giving terrible advice based on conventional wisdom on Wall Street.”

One of the show’s rules is to not trust any source too much until it’s been confirmed by another source. The show’s 11 writers and eight producers — who range in age from their early 20s to mid 40s and four of whom are women — say they often check The New York Times and other newspapers to verify the facts and figures they hear on TV or read about on blogs. They also have a researcher and fact-checker, Adam Chodikoff, who makes sure any information that’s used has been verified by multiple sources.

“We work very hard to make sure that we don’t take anything out of context,” King explained, “just because we like to think at the end of the day that what we’re doing is right and correct, but also because while the networks don’t respond to us all that much, people attack us and criticize us and we don’t want to give them ammunition than they need.”

They’re not afraid to provide that ammunition, however, if they believe it will make a point. During a 2004 interview on the now-defunct “Crossfire,” for instance, Stewart said the show was “hurting America,” and that “we need help from the media, and they’re hurting us.” It’s this type of stance on issues that King said he wishes more mainstream journalists would take when interviewing politicians.

[Rob Riggle corresponding for The Daily Show in Iraq.]

Too often, King said, journalists’ political coverage — and that of media critics — ends up being sanitized and nothing but a perfunctory he said/she said exchange. “If you were going to talk about whether the earth is flat, and 99 percent of scientists are saying it’s round, and 1 percent are saying it’s flat, you wouldn’t bring on the 1 percent guy,” he said. “That viewpoint is factually inaccurate and they shouldn’t bring him on just to give the illusion of balance.”

When both sides are represented, writer Elliott Kalan said, there needs to be more fact-checking and deeper questioning: “A senator or governor will be on the news and will say something completely biased, and newscasters won’t call them on it. They should be checking these people. Instead they don’t want to alienate them and they let them say whatever they want.”

He argued that the news media — and political commentators — need to look more critically at both sides of an issue, and spend more time breaking down complicated talking points for news consumers. Too often, Kalan said, journalists adhere to neutrality to the point where it paralyzes their ability to ask tough questions and undermines the power of objective, informed opinion.

Kalan described objectivity as having opinions that are pro-facts, and neutrality as meaning you have no stake and no say. “The Daily Show,” he said, aims to be objective. And funny. 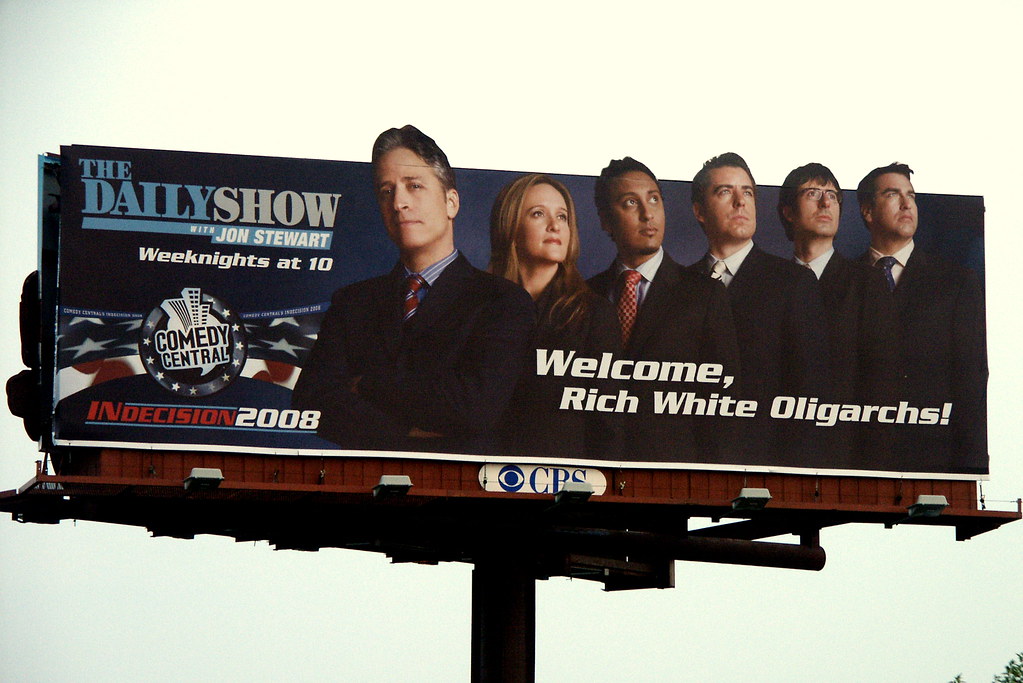 “The fact is, we are a comedy show, and if it’s not funny we’re not doing it, no matter how big of an issue it is,” King said. “We care really passionately about the things we do, but first and foremost we have to make people laugh.”

“I think we have to find a way for well-researched, intelligent programming to become entertaining again,” said Hedayati. “Sensationalism may prove just too damn fun to watch, though.”

The Video YouTube Did Not Want You To See.

Fri Nov 20 , 2009
I nside B r i t a i n’s I s r a e l Lobby https://snardfarker.ning.com/video/i-nside-b-r-i-t-a-i-ns-i-s-1 Dispatches ( Channel 4 – U.K. ) investigates one of the most powerful and influential political lobbies in Britain, which is working in support of the interests of the State of Israel. Despite […]