The phrase  ‘contempt prior to examination’  leaps readily to mind here.

(and so does her interview with John Pilger just after the ‘war on terror’ started some eight -fucking- years ago). 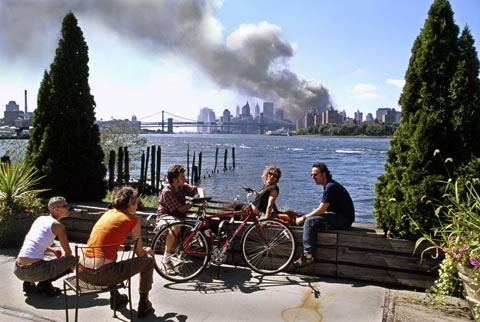 I guess that some journalists

– just think that the devil is ALWAYS in the details.

Would have been nice if she’d interviewed him instead of cutting off his responses to her questions with her next question.

– that way people can communicate –

thereby passing on information that might be of value

instead of just ‘waiting to ask another question’.

( even despite working professionally in that regard amongst slim company )

you may have already decided that you are interviewing a ‘whacko’

– sprouting such preposterous and cleverly thought out -lies-

And – because of that – you are going to let him have it.

(unless, of course, she attempts to shout down her opponents with equal vigour every week

– I don’t know, because I don’t listen to her show)

The information of the type Gage chooses to present – generally scares the crap out of people.

-may- have possibly had a hand in it.

As David Lynch once commented somewhere on Dutch News TV :

“Some people – just can’t go there”

People generally won’t research 911 – because they do not want to.

that the official version of events was utterly -bunk-

until you actually -looked- into the information that is available.

But, the emotional prospect of imagining something other than a small but determined bunch of swarthy semitic types in robes operating out of a cave with some box-cutters actually triggered a war that killed 3,000 Americans along the eastern seaboard of North America

kind of puts you off taking the time out to have a closer look at the information that is widely available online about just what might have gone down on that day.

Kim Hill didn’t want to take a closer look either.

– have to do with what any given American might believe about the events of that day?)

And for everyone else:

Not everyone who thinks that the Apollo Moon landings were faked

– also automatically means that they also believe that 911 was an inside job.

Not everyone who thinks that the U.S. Eastern Seaboard attacks in 2001 was an inside job

– also automatically thinks that no planes hit the towers.

Not everyone who believes that actual physical planes hit the towers

automatically believes that a plane hit the Pentagon.

Btw, it’s hard (impossible, actually) to get online footage of the Pentagon event in Washington D.C. on that day

which involved one of the most protected and security cameraed human made structures in the world.

– pointing at that side of the building that day

Tue Nov 24 , 2009
[youtube]Q8EKGtf_YrY[/youtube] In an unprecedented defeat for the Federal Reserve, an amendment to audit the multi-trillion dollar institution was approved by the House Finance Committee with an overwhelming and bipartisan 43-26 vote on Thursday afternoon despite harried last-minute lobbying from top Fed officials and the surprise opposition of Chairman Barney Frank […]