[ …  for not sharing their obscene profits ] 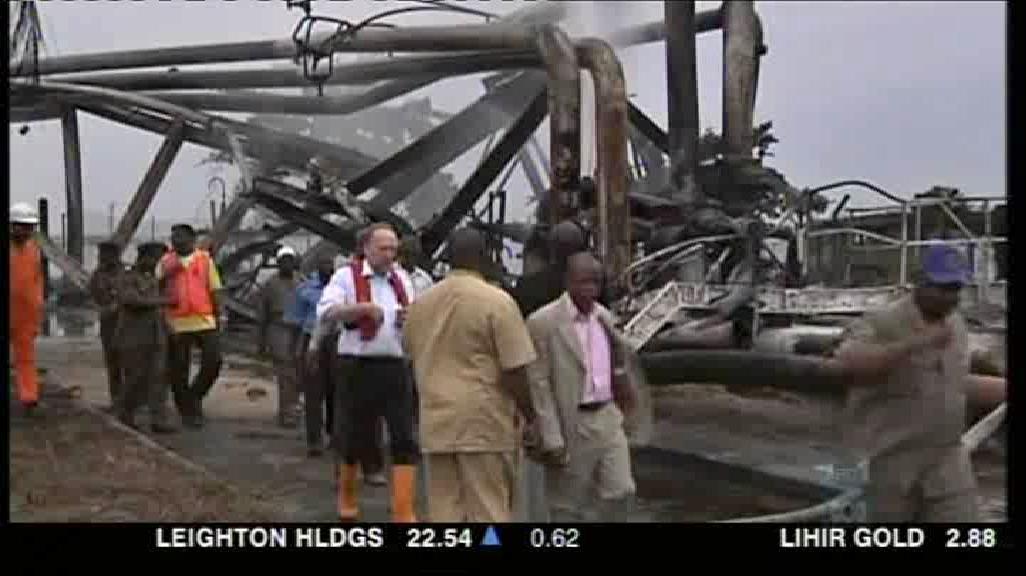 Nigeria’s strongest militant group has threatened to unleash “an all-out assault” on the oil and gas industry after calling off a three-month ceasefire.
The Movement for the Emancipation of the Niger Delta (MEND) said it could no longer trust the government to negotiate demands for greater control of the region’s natural resources.

The threat of unrest comes at a time of political weakness in Nigeria. President Umaru Yar’Adua has been out of the country receiving medical treatment for more than two months.
“It is sufficiently clear at this point in time the government of Nigeria has no intentions of considering the demands made by this group for the control of the resources and land,” MEND said in an email statement.

“All companies related to the oil industry in the Niger Delta should prepare for an all-out onslaught against their installations and personnel,” it said.

Attacks by MEND in the past few years have prevented Nigeria’s oil and gas industry from producing much above two-thirds of its capacity, costing it about $1 billion a month in lost revenues.

US and European refiners like Nigeria’s light crude oil because it is easily processed.

Previous attacks by MEND helped lift global oil prices to record highs near $150 a barrel in 2008.

Violence had subsided in the Niger Delta since president Yar’Adua’s amnesty programme last year led to thousands of militants surrendering their weapons in exchange for clemency, a monthly stipend, education and job opportunities.

The rebels were severely weakened by the departure of field commanders who accepted the amnesty.

But oil infrastructure is extremely vulnerable to attack.

Many of the young fighters who handed over weapons last year spent months at a time living in camps deep in the creeks, getting high on locally-made gin, and have known little else.

Security sources say only a fraction of their weapons were surrendered and it would be easy for guerrilla groups to reform under new field commanders.

Sun Jan 31 , 2010
A report says wars are less deadly than they once were and national mortality rates have continued to decline, even during conflicts, due to smaller scale fighting and better healthcare. The report by a Canada-based project sponsored by four European governments also dismissed a widely-cited figure of 5.4 million people […]