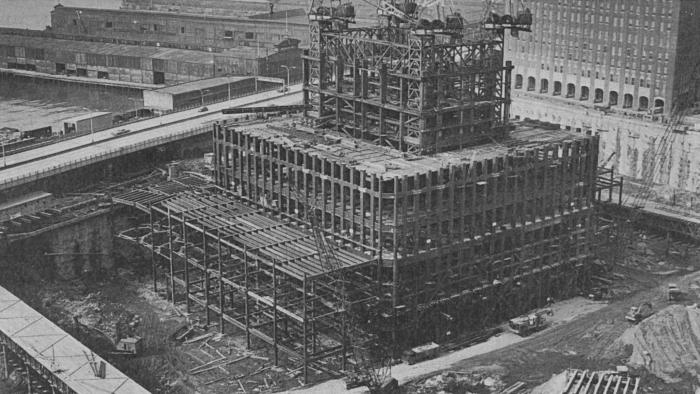 – some paranoid and some seemingly factual –

including the presence, supposedly, of nano-thermite and the additional eyewitness accounts of molten steel puddles that did not solidify for days after the destruction of the towers.

Are these perfervid imaginings – and does it matter if they are?

The point is that suspicion remains in force for millions, and suspicion can turn to paranoia.

Thus, we wrote that a new investigation into 9/11 would go a long way to dispelling confusion and, perhaps, defusing tensions.

It is also important because 9/11 lies at the heart of what America is becoming.

It has been responsible for at least two wars in the Middle East and caused a wholesale change in the way Americans relate to their government.

Unlimited wiretapping, aggressive monitoring of communications without warrants and other invasive governmental actions have been justified by a supposed need for increased security as a result of 9/11.

Infamous 9-11 conspiracy theorist David Ray Griffin, whose books insist the Bush Administration and not al Qaeda blew up the World Trade Center and the Pentagon, is launching a speaking tour this week to help merge the “9-11 Truth Movement” with “more traditional Peace and Anti-War groups” against the “illegal and immoral war” in Afghanistan.

This volume will make much hay over an Obama White House official’s article in 2008 as a Harvard law professor,

suggesting that the government actively rebut conspiracy theories by networking on social websites.

Haiti Surrenders its Sovereignty For $10 Billion Of "Promises"

Tue Apr 27 , 2010
[ … paging Naomi Klein … ] In other words, the U.S. and other “agricultural powers” would provide Haiti food, “freeing up” Haitian farmers to go work in U.S.-owned sweatshops, thereby ushering in “an industrial era,” as if the cinder-block shells of assembly plants represent organic industrialization. Read the rest […]