Skip to content
“Have an aim in life, but don’t forget to pull the trigger.”
– Unknown

Those who promote liberty and freedom, actually mean endless privileges for themselves.

They’re the first in line for the handouts and to hell with everybody else.

The mindless rhetoric dished out by presidents and prime ministers impressed nobody but the Jackass Mentality.

The people of the world are going to get liberty and freedom at the point of a gun whether they like it or not.

It doesn’t matter how many are killed and maimed.

The liberty and freedom to create profit from human misery is called ‘democracy.’

However, there is no such thing as democracy anywhere in the world.

The politicians say we have the freedom to do anything we like, providing we refrain from criticising their edicts.

If we refuse, we’re subject to official harassment and endless penalties designed primarily to strengthen officialdom.

So where are liberty and freedom?

For one, I’m getting tired of the New Zealand Government propagating unnecessary social legislation.

For example, it’s obvious to anyone with average mental ability that we’re in more potential danger driving in rush hour traffic than we ever will be from inhaling cigarette smoke.

Might I suggest that the politician’s IQ be tested to ensure they possess at least average ability?

Would it also be too much to ask for a little commonsense?

Or is commonsense regarded as politically incorrect?

I’m afraid I’ve never seen so much stupidity from those who suggest they are superior human beings.

Sadly, it’s obvious that their sole agenda is attaining and maintaining political power and bollocks to the people.

I have watched NZ deteriorate from a world leader in social issues and living standards after World War 11,

to a third world country where poverty is widespread and increasing.

It’s not befitting to see people who have defended our way of life thrown on the scrapheap of irrelevance.

To enforce current political edicts, there has been a 23% increase in the number of civil servants hired at public expense to do the politicians bidding.

They are not civil nor are they the servants of the public.

They are simply hired to enforce mindless legislation that reduces our liberty and freedom to act and think for ourselves.

Recently a couple of petrol bombs were thrown at the politician’s Wellington Beehive.

The Beehive is the building housing the drones that sting the public for endless sums of money to indulge their financial fantasies.

Perhaps Guy Fawkes attempt to blow up the British Parliament hundreds of years ago was the act of a hero and not those of a malcontent? 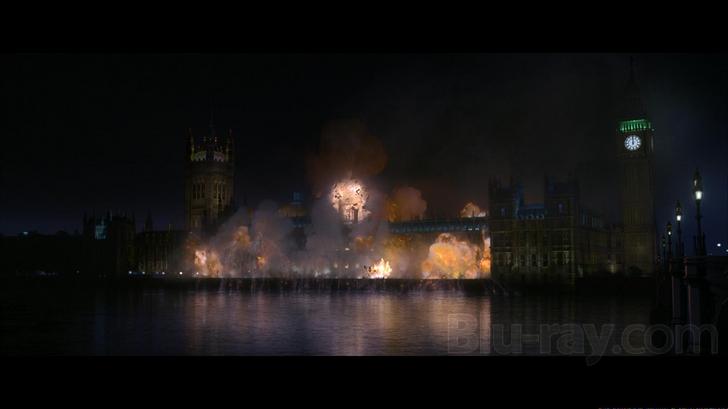 We celebrate the occasion with fireworks and loud bangs on November 5th every year.

Where will increasing public discontent lead?

The modern version of Guy Fawkes?

Political violence has already started with a few splutters.

Will those regarded as extremists be content with a few minor acts of defiance?

Or will they get so fed up with official idiocy and organise louder bangs in the night?

After all, New Zealand’s so called democracy is maintained at the point of the political gun.

What’s to stop the extreme doing the same and pulling the trigger of opportunity?

Hopefully peace will be maintained but I don’t like the odds.

As usual the losers will be the public the politicians pretend to defend from non existing aggressors.

Fri May 7 , 2010
[ Images from one of the planet’s best cinematographers – Ron Fricke – from the movie ‘Baraka’ set to a  standout track from DJ Shadow]