[ The only other people who won’t care about this

– will be those humans currently trying to tooth & claw their way into what is considered to be ‘the ruling class’.

Those humans are almost worse.

They will sell their own grandmothers to ‘get ahead‘ ]

As more and more people are now acknowledging

– and I think they are entirely correct and, if anything, still underestimating what will be the ultimate costs of this calamity –

the damage caused by the catastrophe in the Gulf of Mexico will most likely be felt for several decades at least. 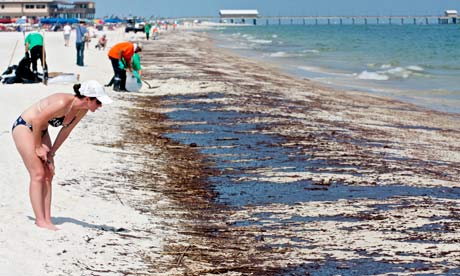 The economic costs forbid accurate projection at this point

for a fuller version of the truth might well be so horrifying that it would induce paralysis of both thought and action.

the families subjected to unendurable stress and most probably similarly destroyed in very large numbers,

the hopes and dreams put on indefinite hold,

only to be surrendered in their totality in time