Robert Fisk wrote last week in the Independent of how an unnamed friend of his, “a Very Senior Correspondent of the BBC”,

responded to a recent challenge. 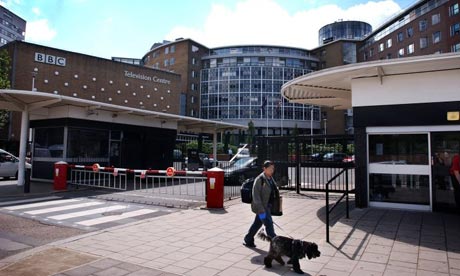 (on the grounds that this would damage the BBC’s ‘neutrality’)”.

But the BBC correspondent was blandly dismissive:

“I recognise this is an issue.”

“Of course, what he should have said was: I know this is a problem.

Because BBC-speak doesn’t allow words like problems – because problems have to be solved.

And the BBC doesn’t solve problems.

Because they do not exist.

There are only ‘issues’.

And issues only have to be ‘recognised’.

Thus what my friend really meant was: ‘I know exactly what you’re talking about but I haven’t the slightest intention of admitting it, so piss off.'”

(Fisk, ‘Newspeak: why the BBC has an “issue” with problems’, The Independent, July 3, 2010; https://www.independent.co.uk/opinion/commentators/fisk/robert-fisk-newspeak-why-the-bbc-has-an-issue-with-problems-2017279.html)

This has also been the experience of many of our readers who complain to BBC editors and journalists about endless examples of bias, distortion and omission in BBC news.

All too often, Kafkaesque responses are generated by the clanking pistons, turbines and pumps of the BBC complaints machinery.

Here is a typical example, following a complaint about BBC coverage of the Israeli attack on the Gaza peace flotilla from one of our most careful and astute correspondents:

“Thank you for your e-mail.

“I understand that you believe the BBC in general is biased in it’s [sic] reporting on the Middle East situation towards the Israeli perspective.

“I can assure you that we are committed to covering events in the Middle East in a scrupulously impartial, fair, accurate, balanced, independent manner. The aim of our news reports is to provide the information across our programming in order to enable viewers and listeners to make up their own minds; to show the reality of a situation and provide the forum for debate, giving full opportunity for all viewpoints to be heard. We are satisfied that this has been the case in respect of our reporting of the Middle East, Nevertheless, I recognise you may continue to hold a different opinion about the BBC’s impartiality.

“Please be assured that I’ve registered your obvious strong feelings about our coverage on our audience log. This is a daily report of audience feedback that’s circulated to many BBC staff, including members of the BBC Executive Board, channel controllers and other senior managers.

“Thank you once again for taking the trouble to share your views with us.” (Email from BBC complaints, July 3, 2010)

This is entirely standard and is the BBC’s idea of a serious reply to a serious complaint.

Tellingly, such responses do not include the text of the original email, making it difficult for members of the public to check how well, if at all, their complaint has been addressed.

Typically, these identikit responses contain unsupported, bold assertions affirming that “scrupulously impartial” BBC news reports “show the reality of a situation” with “all viewpoints” being heard.

No evidence is offered – the BBC knows best! But as the complainant asked when he wrote back:

“What criteria do you use to decide that you have been able ‘to show the reality of a situation and provide the forum for debate, giving full opportunity for all viewpoints to be heard’ when you judge yourselves in your own cause?”

As far as we know, the BBC has not responded to this question.

Perhaps because it is incapable of doing so.

Readers may also be aware that the BBC uses a cumbersome web form for complaints which does not allow a copy of the submitted text to be sent to the person making the submission.

And, shamefully, there is not even a direct email address for members of the public to use.

As one of our readers observes in a complaint to the BBC:

“Surely the BBC can manage to formulate a system that quotes the original complaint when issuing a response, and records when the complaint was sent in so the recipient can tell how long it took to respond?”

In 2006, BBC news editor Helen Boaden described how she deflects public criticism sent to her by email.

Francis Elliott explained in the Independent:

She was at the launch evening for the Reuters Institute for the Study of Journalism in Oxford last Monday night.

Discussion turned to protest groups and lobbying outfits which email their views to senior editors.

So much for the Beeb being accountable.”

In January 2010, we invited Boaden to participate in an interview about BBC News to be made publicly available via our website at www.medialens.org.

We proposed sending a few brief questions via email.

“Would you be willing to participate?”, we asked her.

We received a response from Boaden’s assistant asking:

“Could you give me an idea of the sort of questions you are thinking of and when you might want to do it?”

We replied saying that the questions would deal largely with BBC news reporting from the Middle East and Afghanistan; for example, coverage of the death toll in Iraq.

We then sent a number of questions (archived in our forum here: https://www.medialens.org/forum/viewtopic.php?p=10687#10687). A few days later, the assistant wrote again:

“I’ve now had a chance to talk to Helen and I don’t think this is going to be one we can help with.

Helen doesn’t do interviews that often – mostly because her diary is always chocka.”

A simultaneous approach made to Sir Michael Lyons, chair of the BBC Trust, which supposedly ensures that the BBC acts in the public interest, was again answered by his personal assistant:

“Having given your request careful consideration, Sir Michael has decided to decline your offer.

The Trust’s on-going work programme includes a number of strands focussing on BBC news output, and as Sir Michael has previously said, there will be an opportunity for you to contribute to this in the future should you wish.

Additionally, given the fact that some of this work is already on-going, he does not feel it would be appropriate to engage in any correspondence at this time which would cut across or be seen to pre-judge the outcome of this work.

Lyons had previously declined to debate with us after he had been sent a copy of our latest book, ‘Newspeak’, and asked for his response to our arguments about BBC News.

In the absence of overwhelming grassroots pressure, the public will continue to be disappointed by BBC news performance,

and will continue to be fobbed off by robotic insults to the intelligence of people who care enough to complain.

Rarely Seen Pictures Of The Devastating Consequences Of The BP Disaster

Tue Jul 13 , 2010
“Rarely seen” … because access is now being strictly controlled by BP “contractors” and the police, and reporters are being threatened with arrest if they photograph the oil on public beaches. It’s the “land of the free, home of the brave” sort of thing you get these days. – Ed. […]