DO THE MAJORITY OF AMERICANS BLAME BUSH FOR 9/11 ?

Before the second plane had crashed,

with the help of Saddam Hussein.

A BBC reporter then told me Building 7 had just collapsed,

though it was almost totally undamaged and standing 47 stories tall,

right there on the TV screen behind her.

found later to be Mossad agents,

partied in the streets,

having filmed the attacks.

They couldn’t control their joy in seeing thousands of Americans die. The equipment gathered up days in advance, cameras loaded the night before.

Hours before the attack, they began their drive, selecting the perfect spot, setting up their cameras and perhaps some other electronic equipment as well.

Their rationale, “We were there to film the planes crashing into the World Trade Center.” 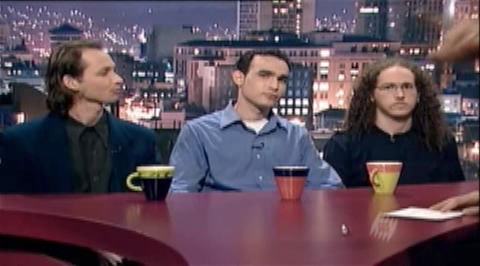 “God bless us all,” those news people are clever ones, prescient to a fault.

accusations of war crimes and more, so much more, faith has been lost in every American institution.

Nothing can be trusted, least of all the American government.

The one truth stands out beyond all others.

9/11 was a combined operation between Israel’s Mossad and rogue groups in America including the leadership of the White House,

and with it public opinion.

Thus, a news blackout for 9 years has descended over the US,

blocking all reporting of alternative theories on 9/11 with the same vigor used to block questions about Israel’s nuclear weapons.