It is no surprise that a documentary film that reveals the idiocy and hostility of mainstream media would be trashed by,

including (at least this time) The New York Times’ cultural section.

If you want to get a good introduction as to what is happening in Latin America,

as well as hear from the leaders themselves,

this is certainly a film worth seeing. 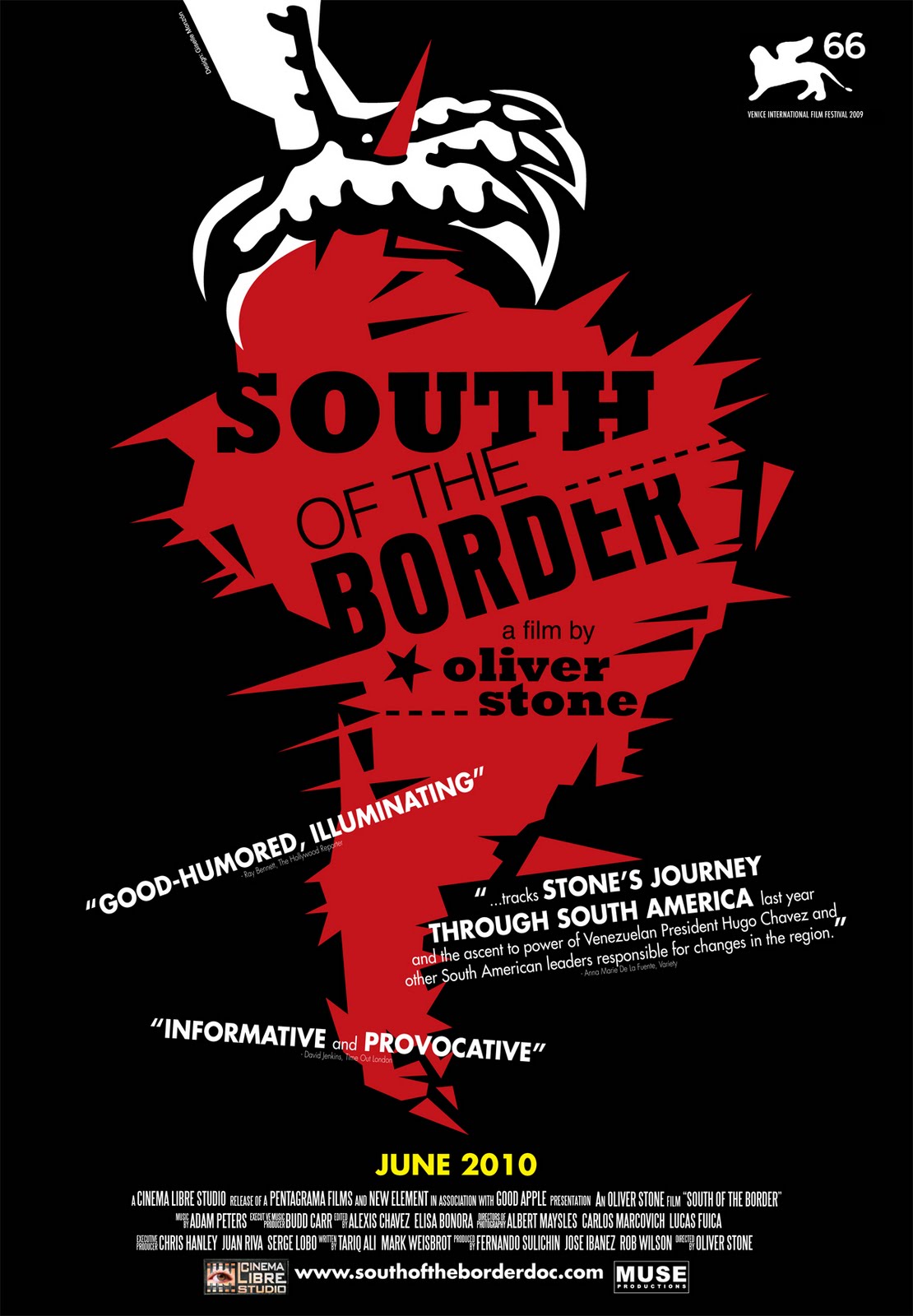 One of the opening segments portrays, with The Daily Show comedic flair, the buffoonery of Fox-TV News.

A newscaster (who happens to be a stereotypical blonde bimbo)

reports that Evo Morales, the first Indigenous President of Bolivia, chews “cocoa” every day, and is perhaps an addict.

Seconds later, her male co-newscasters tell her it is “coca” –

and they all chuckle at what it would be like to chew cocoa, as in Swiss Miss.

Coca is a natural herbal stimulant and an integral part of the Bolivian culture;

cocaine, on the other hand, is made from processed coca.

one can glean how mainstream news attempts to twist the facts,

like saying that if Obama went to Dunkin’ Donuts every day,

he would be addicted to amphetamines.

Meanwhile, on Pachamama (the Bolivian word for Mother Earth),

with an emphasis on Hugo Chávez,

who is typically demonized by the Western media and US government,

yet is extremely popular with the Venezuelan people

– his numerous re-elections proving he is not a dictator.

9/11 Report Is A Cover Up From Start To Finish