Recent statements by the defense ministers of Germany and Canada

that is the North Atlantic Treaty Organization

plans not only to continue

the wars and military occupations it has conducted over the past twenty years.

The bloc’s primus inter pares – in fact its ringleader – the United States,

has with its Alliance partners spent the past generation at war almost with respite: bombing campaigns and large-scale troop deployments in the Balkans

Afghanistan for the past decade

(with military deployments to Pakistan,

as part of the larger war theater),

the Horn of Africa and the maintenance of navy war groups in the Red Sea and the Gulf of Aden), and the current 108-day air assault against Libya  … 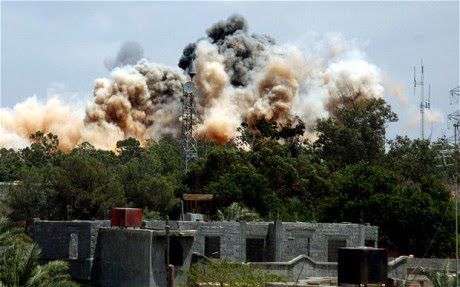 What Do You Think You Are Doing, Mr President?

Thu Jul 7 , 2011
The only armed gangs that are attacking and killing people in Syria are the gangs which are wearing military uniform and are working for the regime. https://www.youtube.com/watch?v=FYXLcYsPeJ8 Today Hama is witnessing the beginnings of what could be another massacre – seven people killed and counting – as the regime […]