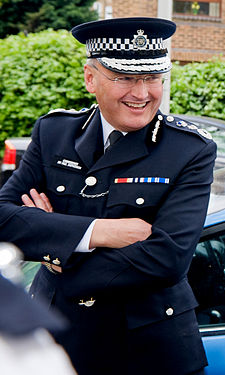 “My hunch is that, with police collaboration, Murdoch and his newspaper ran an intelligence gathering operation designed to blackmail England’s Masonic elite and ensure they tow the line. “

Clearly there is a lot more to the Murdoch scandal than we have been told.

You don’t shutter a 167-year-old newspaper, the largest English-language weekly in the world, just because some reporters were overzealous in their quest for news.

If the newspaper had only hacked the phones of Milly Dowler and the 9-11 victims’ families, I doubt we would be hearing about this.

The newspaper hacked the phones, computers, bank accounts, phone and medical records of leading members of the Illuminati establishment, Governors of the Bank of England,  the royal family,  and politicians and their wives such as Tony Blair, Gordon Brown, Jack Straw, Peter Mandelson and Alastair Campbell.

My hunch is that, with police collaboration, Murdoch and his newspaper ran an intelligence gathering operation designed to blackmail England’s Masonic elite and ensure they tow the line.

The hacking has been common knowledge for more than a dozen years, when The Guardian exposed it in 1999. Remember when Prince Charles was recorded in 1989 saying he envied Camilla’s tampon? Nothing was done because this was the way power was organized.

In 2003, News of the World Editor Rebekah Brooks admitted to a parliamentary committee that they had paid police for information and intended to continue. This has been public knowledge for some time!

But the times are changing. Something went wrong. Perhaps Murdoch and his cohorts overstepped their bounds. Perhaps they started to monitor the wrong people. Perhaps they got too big for their britches.

I don’t know the reason but the time had come to take Murdoch down and reorganize the system of blackmail in England.

It was time to clean house, not just at the newspaper but also at Scotland Yard. It remains to be seen how deeply the Prime Minister David Cameron is involved.

These are dangerous times for Illuminati collaborators. No one is safe from swift demotion: Dominique Strauss-Khan, Muammar Gaddafi, Hosni Mubarak, and now even Rupert Murdoch.

Commentators who bemoan pervasive official corruption refuse to address the underlying cause. Our important institutions all have been infiltrated and subverted by a satanic cult, Freemasonry.

This ancient secret society is dedicated to undermining our institutions and values, and folding every country into a tyrannical world government controlled by its sponsors, the Rothschild central banking cartel.

In his book “The Brotherhood,” Stephen Knight showed how Masons secretly control every aspect of British society.There are 500,000 Masons in England. Lodges are associated with every local government, police, bank, military unit, hospital, university, church, court and of course Westminster. What passes for politics is basically members of the same Lodge  contending for office to decide how to enact the Masonic agenda. Knight documents how Masons give each other preferment in hiring, promotion and business. Non-Masons are continually hassled.   It is no understatement to say that the UK is a Masonic tyranny.

Look at the picture of former Scotland Yard Chief Sir Paul Stephenson (above.) He resigned because he was implicated in the scandal. Look at the checkerboard symbol on his hat, worn by every British constable. It is  Masonic.

What chance does a society have when its leadership and law enforcement have gone over to the dark side, and the people are too naive and docile to notice? 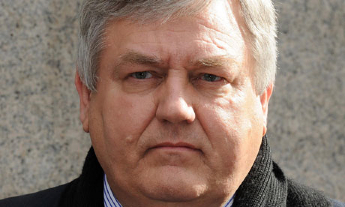 “Years ago, Jonathan Rees became a Freemason. According to journalists and investigators who worked with him, he then exploited his link with the lodges to meet masonic police officers who illegally sold him information which he peddled to Fleet Street.

“As one of Britain’s most prolific merchants of secrets, Rees expanded his network of sources by recruiting as his business partner Sid Fillery, a detective sergeant from the Metropolitan Police. Fillery added more officers to their network. Rees also boasted of recruiting corrupt Customs officers, a corrupt VAT inspector and two corrupt bank employees.

“… The Guardian has confirmed that Rees reinforced his official contacts with two specialist ‘blaggers’ who would telephone the Inland Revenue, the DVLA, banks and phone companies and trick them into handing over private data.

“…An investigator who worked for Rees claims he was also occasionally commissioning burglaries of public figures to steal material for newspapers. Southern Investigations has previously been implicated in handling paperwork that was stolen by a professional burglar from the safe of Paddy Ashdown’s lawyer, when Ashdown was leader of the Liberal Democrats. The paperwork, which was eventually obtained by the News of the World, recorded Ashdown discussing his fears that newspapers might expose an affair with his secretary.

“…Targeting the Bank of England, Rees is believed to have earned thousands of pounds by penetrating the past or present mortgage accounts of the then governor, Eddie George; his deputy, Mervyn King, who is now governor; and half-a-dozen other members of the Monetary Policy Committee.

“Rees carried out his trade for years. His career as a pedlar of privacy stretches back into the 1990s, when he worked assiduously for the Daily Mirror, the Sunday Mirror and the News of the World.”

Remember Dr. David Kelly who was murdered in 2003 for blowing the whistle on Tony Blair and the trumped-up reasons for going into Iraq?

Now another whistle blower, Sean Hoare, has been murdered. Hoare, a former News of the World columnist and friend of Editor Andy Coulson, exposed the hacking scandal. He said there was  “more to come…this is not going to go away.”

He also feared the “government” would try to murder him. Are we supposed to believe the police who say his death is “not being treated as suspicious?”

We are dealing with internal Masonic politics here, a system of blackmail intended to keep the elite in line. All that remains is the reason why the kingpins, presumably the Rothschilds, pulled the plug on it, and on their trusted lieutenant, Rupert Murdoch.

It appears that the Illuminati are more enslaved than we are. That is the final irony.

MORE ON THE 'ISRAELI AGENTS' IN CHRISTCHURCH