The Alien Megastructure is back to distract us from wordly events!

© Provided by Independent Print Limited A puzzling celestial body, known as an “alien megastructure” which is behaving like no other star, has baffled astronomers around the world after it dimmed by about 22 per cent in a matter of days.

Boyajian’s star, or KIC 8462852 has fascinated science enthusiasts because it regularly loses its lustre only to return to its original brightness. The extraordinary pattern has not been observed in any other star.

As the strange phenomenon has returned, scientists are eager to understand the star’s strange behaviour and shed light on its mysterious appearance, National Geographic magazine reports.

The star was first observed in 2015 by the Kepler space telescope, which observes changes in the brightness of distant stars

It is also known as “Tabby’s star” after astronomer Tabetha Boyajian, who analysed data gathered by the telescope.

The brightness changes do not show the kind of regularity that is typical of a planet’s orbit around its star and so far scientists do not see how this could be explained by a system of planet, according to the science website, Space.

Scientists have also not been able to predict when the next dimming will occur and how long it will last. 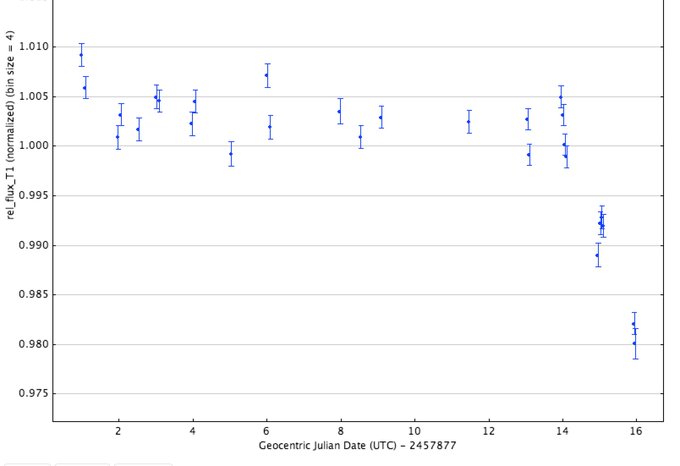 Mon May 22 , 2017
Looks like there’s a “Top Gun” fan in the Chinese Airforce! Anyone know the Chinese for “Maverick”…? The Telegraph Neil Connor Two Chinese fighter jets conducted an “unprofessional” intercept of a US Air Force plane, US officials said, with one flying upside down directly above the aircraft in a manoeuvre similar […]