Brings back memories of the attempts to introduce Fracking in Canterbury NZ right in the thick of all the quake activity in 2011. Lunacy. 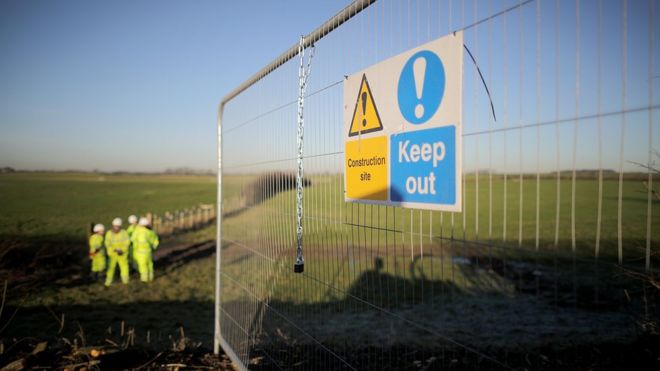 Operations have been suspended at the UK’s only active shale gas fracking site following an earthquake – just 11 days after it was given the go ahead.
Energy firm Cuadrilla said it would halt fracking at the Lancashire site for 18 hours after a tremor of 0.8 magnitude was recorded.
Drilling for shale gas at Preston New Road, Little Plumpton, started on 15 October after a legal challenge failed.
Cuadrilla chief executive Francis Egan said people should not be concerned.
Fracking in Lancashire was stopped in 2011 after being linked with earthquakes.
The seismic activity was detected by the British Geological Survey (BGS) at about 12:36 BST and is classed as a “red” event on the traffic light monitoring system regulated by the Oil and Gas Authority.
Any tremor measuring 0.5 or above means fracking must be temporarily stopped while tests are carried out.
READ MORE

Sun Oct 28 , 2018
This item sums it all up: The bomb stunt has bombed! A ridiculous pre-election stunt and few are fooled despite the MSM frenzy. Thursday, October 25, 2018 by: Mike Adams (Natural News) The fake pipe bomb fiasco that has gripped America for the last two days is rapidly unraveling as […]