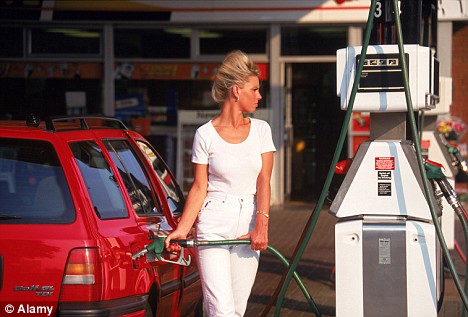 Every adult should be forced to use a ‘carbon ration card’ when they pay for petrol, airline tickets or household energy, MPs say.

The influential Environmental Audit Committee says a personal carbon trading scheme is the best and fairest way of cutting Britain’s CO2 emissions without penalising the poor.

Under the scheme, everyone would be given an annual carbon allowance to use when buying oil, gas, electricity and flights.

Anyone who exceeds their entitlement would have to buy top-up credits from individuals who haven’t used up their allowance. The amount paid would be driven by market forces and the deal done through a specialist company.

But critics say the idea is costly, bureaucratic, intrusive and unworkable.

The Government says it supports the scheme in principle, but warns it is ‘ahead of its time’.

The idea of personal carbon trading is increasingly being promoted by environmentalists. In theory it could be used to cover all purchases – from petrol to food.

For the scheme to work, the Government would need to give out 45million carbon cards – each one linked to a personal carbon account. Every year, the account would be credited with a notional amount of CO2 in kilograms.

Every time someone makes a purchase of petrol, energy or airline tickets, they would use up credits. A return flight from London to Rome would, for instance, use up 900kg of CO2 credits, while 10 litres of petrol would use up 23kg. 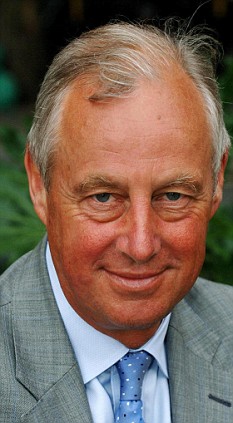 Mr Yeo, chairman of the committee said personal carbon trading rewarded those with a low carbon footprint with cash.

‘We found that personal carbon trading has real potential to engage the population in the fight against climate change and to achieve significant emissions reductions in a progressive way,’ he said.

‘The idea is a radical one. As such it inevitably faces some significant challenges in its development. It is important to meet these challenges.

‘What we are asking the Government to do is to seize the reins on this, leading the debate and coordinating research.’

The Government is committed to cutting CO2 emissions to 20 per cent below 1990 levels by 2010.

The Climate Change Bill going through Parliament aims to cut emissions by 60 per cent by 2050. The Government has said it backs the idea in principle, but it is currently too expensive and bureaucratic.

Environment Minister Hilary Benn said: ‘It’s got potential but, in essence, it’s ahead of its time. There are a lot of practical problems to overcome.’

A Department for Environment, Food and Rural Affairs report into the scheme found it would cost between £700million and £2billion to set up and up to another £2billion a year to run.

Tory environment spokesman Peter Ainsworth added: ‘Although it does have potential we should proceed with care. We don’t want to alienate people and we want everyone to be on board.’

But critics say the idea is deeply flawed. The scheme would penalise those living in the countryside who were dependent on their cars, as well as the elderly or housebound who need to heat their homes in the day.

Large families would suffer, as would those working at nights when little public transport is available.

It would need to take into account the size of families, and their ages. There is huge potential for fraud.

Matthew Elliott of the Taxpayers’ Alliance said the cards would be hugely unpopular. ‘The Government has shown itself incapable of managing any huge, complex IT system.’ he said.

HOW THE SCHEME WOULD WORK

Every adult in the UK would be given an annual carbon dioxide allowance in kgs and a special carbon card.

The scheme would cover road fuel, flights and energy bills.

Every time someone paid for road fuel, flights or energy, their carbon account would be docked.

A litre of petrol would use up 2.3kg in carbon, while every 1.3 miles of airline flight would use another 1kg.

When paying for petrol, the card would need to swiped at the till. It would be a legal offence to buy petrol without using a card.

When paying online, or by direct debit, the carbon account would be debited directly.

Anyone who doesn’t use up their credits in a year can sell them to someone who wants more credits. Trading would be done through specialist companies.

Thu May 29 , 2008
BBC News 28 May 2008 Campaigner George Monbiot said he would continue his attempt to serve arrest paper on politicians involved in the decision to go to war in Iraq. He was unable to make a citizen’s arrest of former American Ambassador to the UN John Bolton at the Hay […]