While attention has been focused on the relatively tiny US „sub-prime“ home mortgage default crisis as the center of the current financial and credit crisis impacting the Anglo-Saxon banking world, a far larger problem is now coming into focus. Sub-prime or high-risk Collateralized Mortgage Obligations, CMOs as they are called, are only the tip of a colossal iceberg of dodgy credits which are beginning to go sour. The next crisis is already beginning in the $62 TRILLION market for Credit Default Swaps. You never heard of them? It’s time to take a look, then.

The next phase of the unravelling crisis in the US-centered “revolution in finance” is emerging in the market for arcane instruments known as Credit Default Swaps or CDS. Wall Street bankers always have to have a short name for these things.

As I pointed out in detail in my earlier exclusive series, the Financial Tsunami, Parts I-V, the Credit Default Swap was invented a few years ago by a young Cambridge University mathematics graduate, Blythe Masters, hired by J.P. Morgan Chase Bank in New York . The then-fresh university graduate convinced her bosses at Morgan Chase to develop a revolutionary new risk product, the CDS as it soon became known.

A Credit Default Swap is a credit derivative or agreement between two counterparties, in which one makes periodic payments to the other and gets promise of a payoff if a third party defaults. The first party gets credit protection, a kind of insurance, and is called the “buyer.” The second party gives credit protection and is called the “seller”. The third party, the one that might go bankrupt or default, is known as the “reference entity.” CDS’s became staggeringly popular as credit risks exploded during the last seven years in the United States . Banks argued that with CDS they could spread risk around the globe.

Credit default swaps resemble an insurance policy, as they can be used by debt owners to hedge, or insure against a default on a debt. However, because there is no requirement to actually hold any asset or suffer a loss, credit default swaps can also be used for speculative purposes. 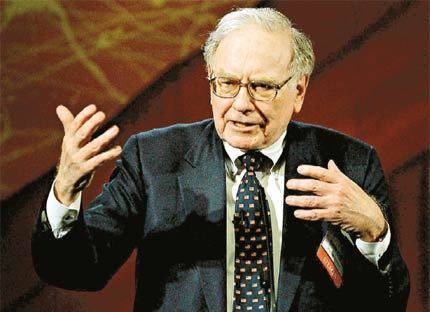 Warren Buffett once described derivatives bought speculatively as “financial weapons of mass destruction.” In his Berkshire Hathaway annual report to shareholders he said “Unless derivatives contracts are collateralized or guaranteed, their ultimate value depends on the creditworthiness of the counterparties. In the meantime, though, before a contract is settled, the counterparties record profits and losses -often huge in amount- in their current earnings statements without so much as a penny changing hands. The range of derivatives contracts is limited only by the imagination of man (or sometimes, so it seems, madmen).” A typical CDO is for five years term.

Like many exotic financial products which are extremely complex and profitable in times of easy credit, when markets reverse, as has been the case since August 2007, in addition to spreading risk, credit derivatives, in this case, also amplify risk considerably.

Now the other shoe is about to drop in the $62 trillion CDS market due to rising junk bond defaults by US corporations as the recession deepens. That market has long been a disaster in the making. An estimated $1,2 trillion could be at risk of the nominal $62 trillion in CDOs outstanding, making it far larger than the sub-prime market.

A chain reaction of failures in the CDS market could trigger the next global financial crisis. The market is entirely unregulated, and there are no public records showing whether sellers have the assets to pay out if a bond defaults. This so-called counterparty risk is a ticking time bomb. The US Federal Reserve under the ultra-permissive chairman, Alan Greenspan and the US Government’s financial regulators allowed the CDS market to develop entirely without any supervision. Greenspan repeatedly testified to skeptical Congressmen that banks are better risk regulators than government bureaucrats.

The Fed bailout of Bear Stearns on March 17 was motivated, in part, by a desire to keep the unknown risks of that bank’s Credit Default Swaps from setting off a global chain reaction that might have brought the financial system down. The Fed’s fear was that because they didn’t adequately monitor counterparty risk in credit-default swaps, they had no idea what might happen. Thank Alan Greenspan for that.

Those counterparties include JPMorgan Chase, the largest seller and buyer of CDSs.

The Fed only has supervision to regulated bank CDS exposures, but not that of investment banks or hedge funds, both of which are significant CDS issuers. Hedge funds, for instance, are estimated to have written 31% in CDS protection.

The credit-default-swap market has been mainly untested until now. The default rate in January 2002, when the swap market was valued at $1.5 trillion, was 10.7 percent, according to Moody’s Investors Service. But Fitch Ratings reported in July 2007 that 40 percent of CDS protection sold worldwide was on companies or securities that are rated below investment grade, up from 8 percent in 2002.

A surge in corporate defaults will now leave swap buyers trying to collect hundreds of billions of dollars from their counterparties. This will to complicate the financial crisis, triggering numerous disputes and lawsuits, as buyers battle sellers over the technical definition of default – – this requires proving which bond or loan holders weren’t paid — and the amount of payments due. Some fear that could in turn freeze up the financial system.

Experts inside the CDS market believe now that the crisis will likely start with hedge funds that will be unable to pay banks for contracts tied to at least $150 billion in defaults. Banks will try to pre-empt this default disaster by demanding hedge funds put up more collateral for potential losses. That will not work as many of the funds won’t have the cash to meet the banks’ demands for more collateral.

Sellers of protection aren’t required by law to set aside reserves in the CDS market. While banks ask protection sellers to put up some money when making the trade, there are no industry standards. It would be the equivalent of a licensed insurance company selling insurance protection against hurricane damage with no reserves against potential claims.

The Basle Bank for International Settlements, the supervisory organization of the world’s major central banks is alarmed at the dangers. The Joint Forum of the Basel Committee on Banking Supervision, an international group of banking, insurance and securities regulators, wrote in April that the trillions of dollars in swaps traded by hedge funds pose a threat to financial markets around the world.

“It is difficult to develop a clear picture of which institutions are the ultimate holders of some of the credit risk transferred,” the report said. “It can be difficult even to quantify the amount of risk that has been transferred.”

Counterparty risk can become complicated in a hurry. In a typical CDS deal, a hedge fund will sell protection to a bank, which will then resell the same protection to another bank, and such dealing will continue, sometimes in a circle. That has created a huge concentration of risk. As one leading derivatives trader expressed the process, “The risk keeps spinning around and around in this daisy chain like a vortex. There are only six to 10 dealers who sit in the middle of all this. I don’t think the regulators have the information that they need to work that out.”

Traders, and even the banks that serve as dealers, don’t always know exactly what is covered by a credit-default-swap contract. There are numerous types of CDSs, some far more complex than others. More than half of all CDSs cover indexes of companies and debt securities, such as asset-backed securities, the Basel committee says. The rest include coverage of a single company’s debt or collateralized debt obligations…

Banks usually send hedge funds, insurance companies and other institutional investors e-mails throughout the day with bid and offer prices, as there is no regulated exchange to pricess the market or to insure against loss. To find the price of a swap on Ford Motor Co. debt, for example, even sophisticated investors might have to search through all of their daily e-mails.

Banks have a vested interest in keeping the swaps market opaque, because as dealers, the banks have a high volume of transactions, giving them an edge over other buyers and sellers. Since customers don’t necessarily know where the market is, you can charge them much wider profit margins.

The idea for the banks is to make a profit on each trade and avoid taking on the swap’s risk. As one CDO dealer puts it, “Dealers are just like bookies. Bookies don’t want to bet on games. Bookies just want to balance their books. That’s why they’re called bookies.”

Now as the economy contracts and bankruptcies spread across the United States and beyond, there’s a high probability that many who bought swap protection will wind up in court trying to get their payouts. If things are collapsing left and right, people will use any trick they can.

Last year, the Chicago Mercantile Exchange set up a federally regulated, exchange-based market to trade CDSs. So far, it hasn’t worked. It’s been boycotted by banks, which prefer to continue their trading privately.

Fri Jun 13 , 2008
Did you know scientists aren’t sure what’s causing climate change? by M. J. Molyneaux, (MIPENZ), B.Sc. [Eng Mat]; B. Soc. Sc. Hons., M.A.[psychometry research] While newspapers report a general consensus among scientific institutions that climate change in modern times is caused mainly by the combustion of fossil fuels and even […]