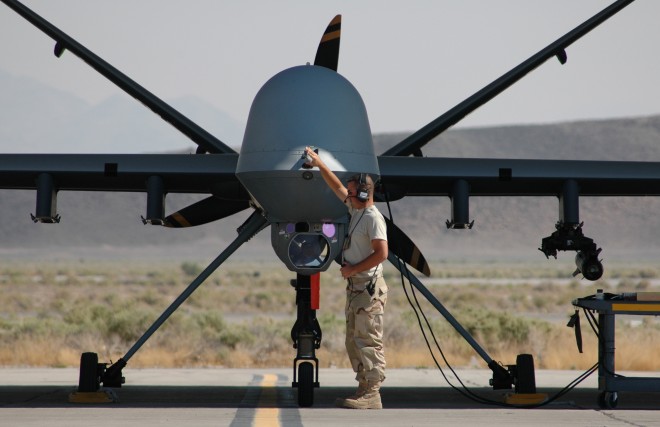 The Project for the New American Century (PNAC), was a Zionist think tank, which during 1997-2006 – played a very significant role in reshaping the Middle East map by Washington which has made Israel is the greatest beneficiary of the so-called “War on Terror”. Zionist William Kristol and Robert Kagan who founded the PNAC – urged Bill Clinton to invade Afghanistan and Iraq, though, both countries posed no military or economic threat to the US. The Jewish controlled mainstream media provided support to PNAC hoax by inventing propaganda lies of WMDs, Saddam’s involvement in 9/11; his invasion of Kuwait, and his use of chemical warfare against Shias and Kurds – which all were carried out by western blessings. However, to sell their evil agenda against the Muslim world – they needed a “New Pearl Harbor” some horrible tragedy to happen on the very soil of America – which did happen on September 11, 2001. Nine days after the 9/11 (September 20, 2001) – PNAC sent a letter (authors included Rumsfeld, Cheney, Wolfowitz, and Scooter Libby) to Dubya Bush urging him to bring a ‘regime change’ in Iraq, while projecting Islamic Iran as “the future threat” to the US: “Over the long term, Iran may well prove a large threat to US interests in Persian Gulf as Iraq has. And even should US-Iranian relations improves, retaining forward-based forces in the region would still be a essential in US security strategy given the longstanding American interests in the region…”

The PNAC, after successfully completing its goal of destroying any possible threat to the zionist entity – closed down their shop in 2006 – and most of its members joined the American Enterprise Institute (AEI), another Jewish think tank with intimate links to the Likud Party in Israel.

(read more about these wankers here …)

When the Going Gets Tough ...

Wed Jul 29 , 2009
… economists go very quiet. By Simon Jenkins They’re happy to take the credit in the good times, but the disciples of this false science are hard to find in a recession. So the Footsie has tumbled again. Forgive me for asking, but where are the economists? As the nation […]