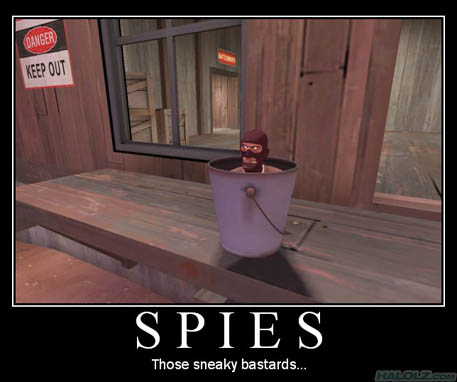 Trolls And Bullies Are
Debasing The Internet (esp for Gary, the Troll.)!!! yes, that is the actual headline!!! LOL!

As many reading this know, I have participated in the alternative media for many years, mostly as an essayist, occasionally on-air as a radio guest and co-host, and more recently as a video maker. I literally thank God every day for the Internet, and people like Jeff Rense and many others who have allowed me the opportunity to share my work with the public. The vast majority of alt media denizens understand just how gravely important is the health and vibrance of this medium; the Internet represents the most crucial database of independent, uncensored, worthwhile information in human history.

I shall now speak as briefly as possible about the darkest sides of Internet communication. Most Internet users today are familiar with the inane, abusive activities known as “trolling” or “flaming.” Internet “trolls” are generally anonymous provocateurs who invade forums and comment sections for the primary purpose of disrupting discourse. Some “trolls” wish to defame people and damage reputations, some wish to discredit certain ideas and concepts, and others simply want to make spectacles of themselves through brute heckling.

Trolls and flamers are an unavoidable nuisance on this free medium; few would disagree with this. But what needs to be reaffirmed now is the absolute “sovereign right” of the Internet author to take every step at his disposal to insulate himself from these abusive efforts.

Comment sections are now a common feature on blogs and news services, and they have always been an integral part of the YouTube experience. YouTube viewers must create user accounts in order to comment on videos, so it’s undeniable that YouTube and many other websites have increased their audiences by encouraging user “participation.”

For those who post their own original videos on YouTube, the comment sections invariably represent a no win situation. Regardless of the quality of the content of one’s videos, it is absolutely inevitable that some anonymous YouTubers will eventually invade the comment sections for the sole purpose of abusing — NOT to offer dissent and disagreement, NOT to engage in meaningful discourse, but to slam both feet down and wage grotesque ad hominem rampages against the video owner. From the site’s beginning, YouTube comment sections have been overrun by barely literate and overtly sociopathic maniacs.

Vicious, unsupported, and outright fabricated accusations permeate comment sections, as do vulgar abuse and name-calling, and sometimes physical threats. The video owner has the right to remove the offending comments; but of course, this requires that one actually take the time to wade through the comments, then make the tough call of whether it legitimately warrants removal. Or one can take the time to respond to negative comments. But this can represent a horrendous chore; high volume videos that are seen in the tens of thousands of times easily produce hundreds or even thousands of text comments. A video owner who tries to respond to every abusive or disingenuous comment will find himself wasting extraordinary amounts of time, for no benefit to himself other than an illusory sense of “winning” some inane argument.

YouTube comments are restricted to a ridiculous 500 characters; this only seems to encourage vapidity and aggression in commenters. It might take a video owner anywhere from days to several weeks to produce his or her video. It takes a commenter all of five seconds to graffiti the video by excreting some inane and grammatically impaired vituperation.

In response to my latest video “V’s Message for the U.S.A,” I received over 150 text comments in less than 48 hours (as of this writing, the video has been viewed over 23,000 times). I disabled comments after reading this concluding one from YouTube user louishollis (www.youtube.com/louishollis): “Hahahaha, i wanna punch this little fag. Don’t get me wrong people, ofcourse i understand what he’s saying but fuck it would be satisfying to punch him hahaha.”

Quasi-threats made by emotionally disturbed sadistic cowards from behind the safety of their keyboards is actually not something I am troubled by. In fact, this remark was one of the more reasonable that I received. The previous poster bleated that I am an MK Ultra CIA psy op victim, I have inside me a “demon seed,” and that I am trying to incite people toward self-destructive behaviors. Apparently, this person did not read or was not able to mentally process the caveat with which I began the video in question:

“V’s revolution included violence and mayhem. This is not something that I condone nor advocate. Rather, I believe in inspiring one another toward meaningful civic action through peaceful creative expression. And I love and believe V’s statement that ‘ideas are bulletproof.’”

A vacuous, unthinking person might assume that an actor who portrays a dark, flawed, or outright evil character (as I’ve done several times) actually subscribes to everything the character says and believes. Of course, this notion is pathetic and beneath contempt, but the world is populated by vacuous unthinking persons, and they are incredibly eager to make their voices heard on the Internet — almost invariably under the black veil of anonymity.

I cannot state clearly enough that no one supports free and unfettered communication more than I. Anyone who disagrees with me or simply dislikes me personally is absolutely free to criticize me in any manner they see fit (though of course threats, libel, and defamation are NOT protected speech in ANY free society). I even the support the right of the lamentable clown above to publicly pine for his opportunity to punch my “fag face.” What I do NOT support is the intellectually bankrupt notion that I AM OBLIGATED TO PROVIDE A MEDIUM ON WHICH HE CAN DO IT.

The author of a book is not obligated to allow anonymous readers to graffiti his book jacket. A stand-up comic is not obligated to be hog-tied and pelted with detritus by an unhappy audience. Nor is the Internet author obligated to have his work defaced by anonymous people who have neither integrity nor transparency. What is difficult to understand about this?

Another aspect to Internet “trolling” to consider is the phenomenon called “astroturfing.” This describes an organized effort by some entity, be it a corporation, government institution or political movement, to sway public opinion. On the Internet, this is frequently done through the organized invasion of forums and comment sections. The definition of astroturfing from Wikipedia reads: “The goal of such a campaign is to disguise the efforts of a political or commercial entity as an independent public reaction to some political entity-a politician, political group, product, service or event. Astroturfers attempt to orchestrate the actions of apparently diverse and geographically distributed individuals, by both overt (”outreach”, “awareness”, etc.) and covert (disinformation) means. Astroturfing may be undertaken by an individual pushing a personal agenda or highly organized professional groups with financial backing from large corporations, non-profits, or activist organizations. Very often the efforts are conducted by political consultants who also specialize in opposition research.”

More than four months ago, immediately prior to the sudden and unexplained deletion of my previous YouTube account, I posted a video called “Comment Sections” in which I discussed astroturfing. (Video link: https://www.youtube.com/watch?v=7UuzcDMixtc) An example I gave was a story that appeared on ynetnews.com entitled, “Pro-Israel media: Bloggers join media war.” The article explains that “Some 1,000 new immigrants and foreign-language-speaking Jews volunteer to army of bloggers set up by Absorption Ministry and Foreign Ministry with the stated objective of flooding blogs with pro-Israel opinions… Each time the ministry identifies an anti-Israel trend on a foreign-language blog, news site, or other website, it will immediately put out a message to the volunteers to flood the site with pro-Israel opinions.” (Full article: https://www.ynetnews.com/articles/0,7340,L-3663679,00.html)

Obviously, Israel’s Absorption Ministry is not the only entity doing this. Everyone who can do this probably is. Why shouldn’t they? It’s much easier to train people to act like bullies and flood Internet forums with inane, abusive remarks, rather than training them to be fully transparent and formulate substantive coherent treatises. This is the world we live in — people achieve their ends by any means necessary, and the favored means of a bully is stupid brute force.

A few reading this might pretend to not understand my point, and may even consciously choose to lie about me (I’ve never presented an argument that didn’t generate such responses). They might claim that I secretly favor government control and censorship of the Internet, no matter how many times I explicitly state that I don’t. What can I do about such people? Nothing. Nor do I want to. I am simply standing right where I am and saying, This is my place to tell the truth as I see it. It makes no difference whether you agree with me or like me. This is my place to say what I want. You have your place, too…IF you want to use it. If you only care about unleashing graffiti on the place of someone else, then you will never contribute anything of value to the Internet, and in fact, you likely have a hand on the hammer that is driving nails into the Internet’s coffin.

Thu Aug 6 , 2009
[youtube]47uuqO2_jDw[/youtube] Russia’s government run TV channel “RussiaToday” is also now raising the call to citizens to show the flu vaccine is something to be rejected. Politicians reaction to swine flu does not match threat, by RussiaToday – August 04, 2009 Symptoms of H1N1 flu are no more serious than those […]