The majority of Americans say the war in Afghanistan is not worth fighting and oppose sending more US troops to the country, a recent poll says.

[Would someone please tell those Bush-era waterhead bum-trumpets in Wellington that run New Zealand Foreign Policy?]

The Washington Post-ABC News poll indicates that the US public support is sliding for the war as Afghans prepare to vote on Thursday in a pivotal election and amid speculation that the top US commander in Afghanistan, General Stanley McChrystal, will request more troops.

Asked if the war has been worth fighting, 51 percent said it was not, while 47 percent endorsed the mission.

In July, a narrow majority backed the war as worthwhile. 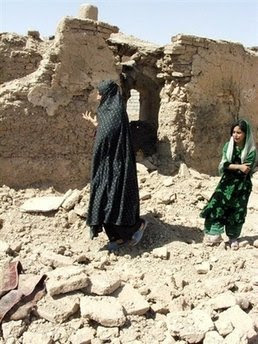 [or, as in this instance, cut into dogmeat for following orders from someone that’s trying to control someone elses’ country]

The poll was carried out between August 13 and 17.

The survey indicates that opinion was divided as to whether the United States was winning the war, with 42 percent saying Washington was winning while 36 percent said the US was losing.

The United States has about 62,000 troops in Afghanistan as part of a NATO-led force of more than 100,000. President Barack Obama has approved a buildup that will see about 68,000 troops in place by the end of the year but analysts say his commander will likely push for yet more American troops.