[ … almost threw up in my own mouth when I heard Obama had been given the peace prize.

When concepts and realities are turned upside down,

When a global military agenda is heralded as a humanitarian endeavor,

When the killing of civilians is upheld as “collateral damage”,

When those who resist the US-NATO led invasion of their homeland are categorized as “insurgents” or “terrorists”.

When preemptive nuclear war is upheld as self defense.

When advanced torture and “interrogation” techniques are routinely used to “protect peacekeeping operations”,

When the Commander in Chief of the largest military force on planet earth is presented as a global peace-maker,

When the Lie becomes the Truth.

We are the crossroads of the most serious crisis in modern history. The US in partnership with NATO and Israel has launched a global military adventure which, in a very real sense, threatens the future of humanity.

At this critical juncture in our history, the Norwegian Nobel Committee’s decision to award the Nobel Peace Prize to President and Commander in Chief Barack Obama constitutes an unmitigated tool of propaganda and distortion, which unreservedly supports the Pentagon’s “Long War”:  “A War without Borders” in the true sense of the word, characterised by the Worlwide deployment of US military might.

Apart from the diplomatic rhetoric, there has been no meaningful reversal of US foreign policy in relation to the George W. Bush presidency, which might have remotely justified the granting of the Nobel Prize to Obama. In fact quite the opposite. The Obama military agenda has sought to extend the war into new frontiers. With a new team of military and foreign policy advisers, the Obama war agenda has been far more effective in fostering military escalation than that formulated by the NeoCons.

Since the very outset of the Obama presidency, this global military project has become increasingly pervasive, with the reinforcement of US military presence in all major regions of the World  and the development of new advanced weapons systems on an unprecdented scale.

Granting the Nobel Peace Prize to Barack Obama provides legitimacy to the illegal practices of war, to the military occupation of foreign lands, to the relentless killings of civilians in the name of “democracy”.

Both the Obama administration and NATO are directly threatening Russia, China and Iran. The US under Obama is developing “a First Strike Global Missile Shield System”:

“Along with space-based weapons, the Airborne Laser is the next defense frontier. … Never has Ronald Reagan’s dream of layered missile defenses – Star Wars, for short – been as….close, at least technologically, to becoming realized.”

Reacting to this consolidation, streamlining and upgrading of American global nuclear strike potential, on August 11 the Commander-in-Chief of the Russian Air Force, the same Alexander Zelin cited earlier on the threat of U.S. strikes from space on all of his nation, said that the “Russian Air Force is preparing to meet the threats resulting from the creation of the Global Strike Command in the U.S. Air Force” and that Russia is developing “appropriate systems to meet the threats that may arise.” (Rick Rozoff, Showdown with Russia and China: U.S. Advances First Strike Global Missile Shield System, Global Research, August 19, 2009)

At no time since the Cuban missile crisis has the World been closer to the unthinkable: a World War III scenario, a global military conflict involving the use of nuclear weapons.

1. The so-called missile defense shield or Star Wars initiative involving the first strike use of nuclear weapons is now to be developed globally in different regions of the World. The missile shield is largely directed against Russia, China, Iran and North Korea.

2. New US military bases have been set up with a view to establishing US spheres of influence in every region of the World as well as surrounding and confronting Russia and China.

3. There has been an escalation in the Central Asian Middle East war. The “defense budget” under Obama has spiraled with increased allocations to both Afghanistan and Iraq.

4.  Under orders of president Obama, acting as Commander in Chief, Pakistan is now the object of routine US aerial bombardments in violation of its territorial sovereignty, using the “Global War on Terrorism” as a justification.

5. The construction of new military bases is envisaged in Latin America including Colombia on the immediate border of Venezuela.

6. Military aid to Israel has increased. The Obama presidency has expressed its unbending support for Israel and the Israeli military. Obama has remained mum on the atrocities committed by Israel in Gaza. There has not even been a semblance of renewed Israeli-Palestinian negotiations.

7. There has been a reinforcement of the new regional commands including AFRICOM and SOUTHCOM

8. A new round of threats has been directed against Iran.

9. The US is intent upon fostering further divisions between Pakistan and India, which could lead to a regional war, as well as using India’s nuclear arsenal as an indirect means to threaten China.

The diabolical nature of this military project was outlined in the 2000 Project for a New American Century (PNAC). The PNAC’s declared objectives are:

perform the “constabulary” duties associated with shaping the security environment in critical regions;

The “Revolution in Military Affairs” refers to the development of new advanced weapons systems. The militarization of space, new advanced chemical and biological weapons, sophisticated laser guided missiles, bunker buster bombs, not to mention the US Air Force’s climatic warfare program (HAARP) based in Gokona, Alaska, are part of Obama’s  “humanitarian arsenal”.

War against the Truth

This is a war against the truth.  When war becomes peace, the world is turned upside down. Conceptualization is no longer possible.  An inquisitorial social system emerges.

An understanding of fundamental social and political events is replaced by a World of sheer fantasy, where “evil folks” are lurking. The objective of the “Global War on Terrorism” which has been fully endorsed by Obama administration, has been to galvanize public support for a Worldwide campaign against heresy.

In the eyes of public opinion, possessing a “just cause” for waging war is central. A war is said to be Just if it is waged on moral, religious or ethical grounds. The consensus is to wage war. People can longer think for themselves. They accept the authority and  wisdom of the established social order.

The Nobel Committee says that President Obama has given the world “hope for a better future.” The prize is awarded for Obama’s

“extraordinary efforts to strengthen international diplomacy and cooperation between peoples. The Committee has attached special importance to Obama’s vision of and work for a world without nuclear weapons.”

…His diplomacy is founded in the concept that those who are to lead the world must do so on the basis of values and attitudes that are shared by the majority of the world’s population. (Nobel Press Release, October 9, 2009)

The granting of the Nobel “peace prize” to president Barack Obama has become an integral part of the Pentagon’s propaganda machine. It provides a human face to the invaders, it upholds the demonization of those who oppose US military intervention.

The decision to grant Obama the Nobel  Peace Prize was no doubt carefully negotiated with the Norwegian Committee at the highest levels of the US government. It has far reaching implications.

It unequivocally upholds the US led war as a “Just Cause”. It erases the war crimes committed both by the Bush and Obama administrations.

The “Just war” theory serves to camouflage the nature of US foreign policy, while providing a human face to the invaders.

In both its classical and contemporary versions, the Just war theory upholds war as a “humanitarian operation”. It calls for military intervention on ethical and moral grounds against “insurgents”, “terrorists”, “failed” or “rogue states”.

The Just War has been heralded by the Nobel Committee as an instrument of Peace. Obama personifies the “Just War”.

Taught in US military academies, a modern-day version of the “Just War” theory has been embodied into US military doctrine. The “war on terrorism” and the notion of “preemption” are predicated on the right to “self defense.” They define “when it is permissible to wage war”: jus ad bellum.

Jus ad bellum has served to build a consensus within the Armed Forces command structures. It has also served to convince the troops that they are fighting for a “just cause”. More generally, the Just War theory in its modern day version is an integral part of war propaganda and media disinformation, applied to gain public support for a war agenda. Under Obama as Nobel Peace Laureate, the Just War becomes universally accepted, upheld by the so-called international community.

[NB:  the term “international community” is shorthand for the US, Israel, and Europe – a handful of arrogant and rich countries that oppress the rest of the world ]

The ultimate objective is to subdue the citizens, totally depoliticize social life in America, prevent people from thinking and conceptualizing, from analyzing facts and challenging the legitimacy of the US NATO led war.

More significantly, the Nobel peace prize grants legitimacy to an unprecedented  “escalation”  of US-NATO led military operations under the banner of peacemaking.

It contributes to falsifying the nature of the US-NATO military agenda.

Between 40,000 to 60,000 more US and allied troops are to be sent to Afghanistan under a peacemaking banner. On the 8th of October, a day prior to the Nobel Committee’s decision, the US Congress granted Obama a 680-billion-dollar defense authorization bill, which is slated to finance the process of military escalation:

“Washington and its NATO allies are planning an unprecedented increase of troops for the war in Afghanistan, even in addition to the 17,000 new American and several thousand NATO forces that have been committed to the war so far this year”. 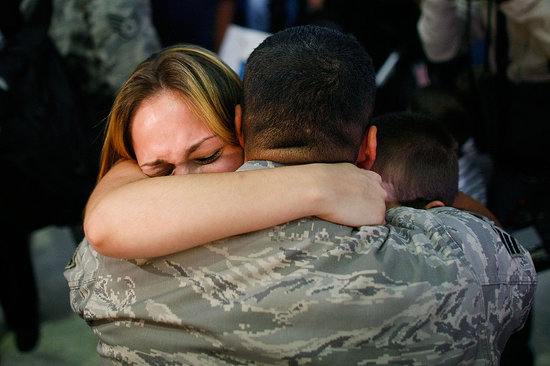 The number, based on as yet unsubstantiated reports of what U.S. and NATO commander Stanley McChrystal and the chairman of the Joint Chiefs of Staff Michael Mullen have demanded of the White House, range from 10,000 to 45,000.

The similarity of the estimates indicate that a number has been agreed upon and America’s obedient media is preparing domestic audiences for the possibility of the largest escalation of foreign armed forces in Afghanistan’s history. Only seven years ago the United States had 5,000 troops in the country, but was scheduled to have 68,000 by December even before the reports of new deployments surfaced. (Rick Rozoff, U.S., NATO Poised For Most Massive War In Afghanistan’s History, Global Research, September 24, 2009)

General Stanley McChrystal is said to have offered the Commander in Chief “several alternative options” “including a maximum injection of 60,000 extra troops”. The 60,000 figure was quoted following a leak of the Wall Street Journal (AFP: After Nobel nod, Obama convenes Afghan war council, October 9, 2009)

“The president had a robust conversation about the security and political challenges in Afghanistan and the options for building a strategic approach going forward,” according to an administration official (quoted in AFP: After Nobel nod, Obama convenes Afghan war council  October 9, 2009)

The Nobel committee had in a sense given Obama a green light.  The October 9 meeting in the Situation Room was to set the groundwork for a further escalation of the conflict under the banner of counterinsurgency and democracy building.

Meanwhile, in the course of the last few months, US forces have stepped up their aerial bombardments of village communities in the northern tribal areas of Pakistan, under the banner of combating Al Qaeda.