By Jeff Clark of Casey Research

As you read this, the Chinese government is doing an extraordinary thing… something nearly unheard of in the modern world.

It is encouraging citizens to put at least 5% of their savings into precious metals.

The Chinese government is telling people gold and silver are good investments that will safeguard their wealth. After last year’s meltdown in the stock market, people believe it. After all, Chinese citizens don’t receive government retirement money… and they don’t have company pension plans like people in many other countries do.

The Chinese government has secretly created a new type of government-backed gold investment. 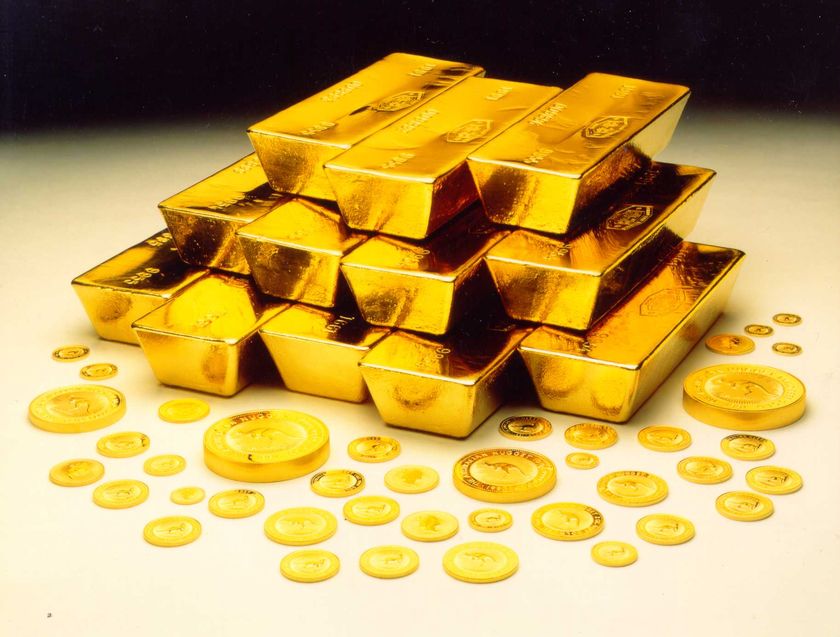 We believe it could pay 500% over the next few years, because a similar government investment has returned 1,084% in recent years.

The details of this situation have never appeared in The Wall Street Journal, The New York Times, or any other mainstream U.S. media.

This is why folks in China are lining up outside of banks, post offices, and the new official mint stores to buy gold and silver (they especially like silver because it’s cheaper per ounce).

The Chinese attitude toward gold and silver is a striking contrast to the American attitude right now.

I don’t recall a TV or radio ad from my congressman or President Obama encouraging me to buy gold or silver. Does your bank sell silver bars? Are gold mints popping up in your neighborhood? Are any of your friends, family, or coworkers scrambling to buy precious metals?

In spite of a few ads on television and satellite radio, buying gold and silver in the U.S. is still largely seen as a fringe-group activity.

That’s not the case in China. And in the big picture, there are three distinct trends occurring in China today that many in the Occidental world are not paying attention to.

First, look where China stands as a gold-producing nation.

In 2008, China produced 9,070,000 ounces of gold, exceeding all other countries. Further, its production continues to rise, while many of the top-producing countries are in decline.

Second, China had the lowest per-capita gold consumption of any country over the past half-century. This year, it is widely expected that Chinese demand for gold will surpass that of India. In other words, they’ll also become the world’s No. 1 retail buyer.

Third, the Chinese government has been using its foreign exchange reserves to buy gold – a lot of it – and doing so on the sly. This past April, Chinese officials made a surprise announcement that they had been secretly buying gold since 2003, increasing their gold reserves by 76% to 33,886,000 ounces. The Chinese government now owns 30 times the gold it held in 1990. And China is believed to be a leading candidate to buy some or all of the 12.9 million ounces the International Monetary Fund says it will sell.

But all this production and all this buying isn’t enough…

Even though China is the world’s seventh-largest holder of gold, gold comprises but a tiny fraction of its reserves, as shown in the table below.

What would happen to the gold price if China increased its gold reserves to just 5%? What about 10%? To overtake the U.S. as king of the gold hill, it would have to buy all the gold held by the governments of France, Italy, and Germany combined. Can China really do any of that?

Chinese reserves are approaching $2.3 trillion, of which almost 70%, or $1.6 trillion, are denominated in U.S. dollars. The cost to become the world’s biggest holder of gold would be a pittance compared to the amount of money China has available. In other words, money is not a problem.

Combining the country’s massive holdings of dollars and the very real likelihood those dollars are going to lose much of their value, the motivation to buy tangible assets is urgent.

Further, keep this in mind: China’s reserves continue to grow. Therefore, the country must continue buying gold (or consuming its own production) just to maintain the small gold-to-reserves ratio it has, let alone increase it.

In addition to the government buying precious metals, Chinese citizens will continue gobbling them up, too. Demographics alone tell us why.

Government statistics show the average urban household in China has about US$1,300 in disposable income. Multiply that by the number of urban households in China and you come up with roughly $36 billion in available capital.

According to precious metals consultancy CPM Group, about 9.5 million ounces of gold will be turned into coins this year (including “rounds” and medallions). At $1,000 gold, that’s $9.5 billion, or only about one-third of the capital available in China.

The number is more striking for silver: Total coin production this year is expected to hit 35 million ounces, equaling $615 million or just 1.7% of the available capital in China. Of course, a lot of Chinese people want cars and refrigerators, etc., but it won’t take much of a shift of this capital into gold and silver to have a major impact on the global retail precious metals market. It may already be under way.

And long-term projections show the demographic trend won’t slow down: The middle class in China is expected to increase by 70% by 2020. So over these next 10 years, more Chinese and more money will be coming into the precious-metals markets, all at a time when inflation is almost certain to be high, adding to gold and silver’s appeal. Couple this with China’s long-standing cultural affinity for gold and you have the makings for a potentially life-changing gold rush.

If I were a crime detective, I’d say China has the motive, means, and opportunity to push gold and gold stocks much higher.

America, Stop Sucking Up To Israel

Mon Nov 2 , 2009
By Gideon Levy Haaretz.com Barack Obama has been busy – offering the Jewish People blessings for Rosh Hashanah, and recording a flattering video for the President’s Conference in Jerusalem and another for Yitzhak Rabin’s memorial rally. Only Sheikh Hassan Nasrallah surpasses him in terms of sheer output of recorded remarks. […]