An official document from the Department of the US Air Force reveals that the military base in Palanquero, Colombia will provide the Pentagon with “…an opportunity for conducting full spectrum operations throughout South America…” This information contradicts the explainations offered by Colombian President Alvaro Uribe and the US State Department regarding the military agreement signed between the two nations this past October 30th.  Both governments have publicly stated that the military agreement refers only to counternarcotics and counterterrorism operations within Colombian territory.

President Uribe has reiterated numerous times that the military agreement with the US will not affect Colombia’s neighbors, despite constant concern in the region regarding the true objetives of the agreement. But the US Air Force document, dated May 2009, confirms that the concerns of South American nations have been right on target. The document exposes that the true intentions behind the agreement are to enable the US to engage in “full spectrum military operations in a critical sub-region of our hemisphere where security and stability is under constant threat from narcotics funded terrorist insurgencies…and anti-US governments…”

Together with the complete immunity the agreement provides to US military and civilian personnel, including private defense and security contractors, the clause authorizing the US to utilize any installation throughout the entire country – even commercial aiports, for military ends, signifies a complete renouncing of Colombian sovereignty and officially converts Colombia into a client-state of the US. 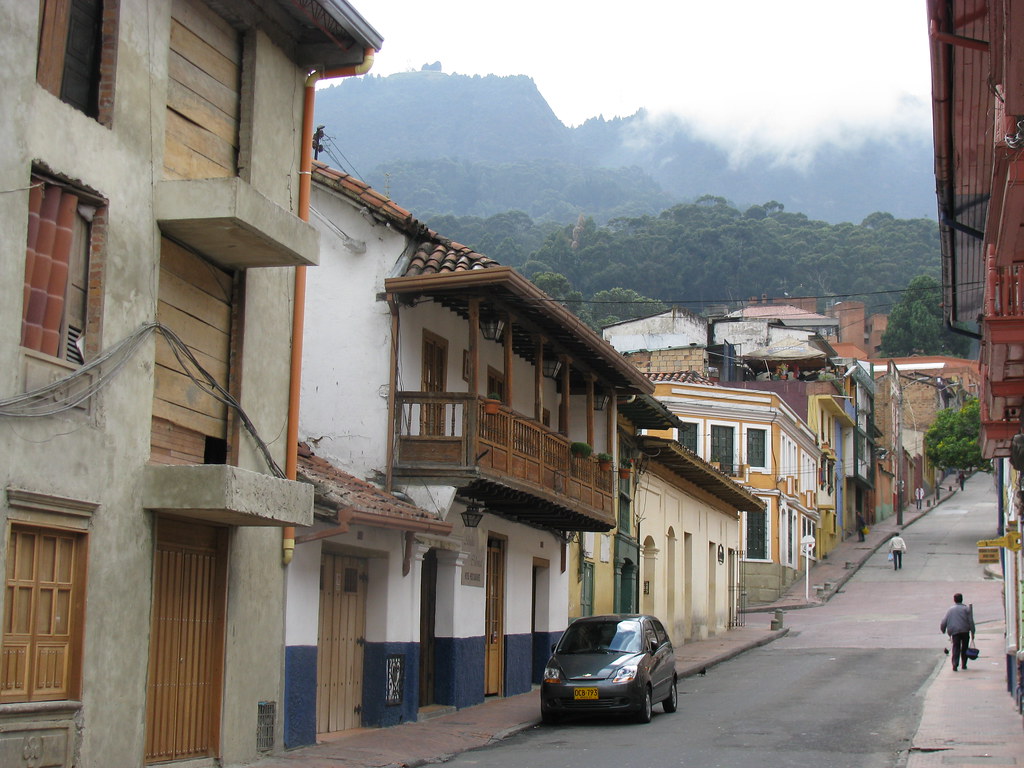 The Air Force document underlines the importance of the military base in Palanquero and justifies the $46 million requested in the 2010 budget (now approved by Congress) in order to improve the airfield, associated ramps and other installations on the base to convert it into a US Cooperative Security Location (CSL).

“Establishing a Cooperative Security Location (CSL) in Palanquero best supports the COCOM’s (Command Combatant’s) Theater Posture Strategy and demonstrates our commitment to this relationship. Development of this CSL provides a unique opportunity for full spectrum operations in a critical sub-region of our hemisphere where security and stability is under constant threat from narcotics funded terrorist insurgencies, anti-US governments, endemic poverty and recurring natural disasters.”

It’s not difficult to imagine which governments in South America are considered by Washington to be “anti-US governments”. The constant agressive declarations and statements emitted by the State and Defense Departments and the US Congress against Venezuela and Bolivia, and even to some extent Ecuador, evidence that the ALBA nations are the ones perceived by Washington as a “constant threat”. To classify a country as “anti-US” is to consider it an enemy of the United States. In this context, it’s obvious that the military agreement with Colombia is a reaction to a region the US now considers full of “enemies”.

Per the US Air Force document,

“Access to Colombia will further its strategic partnership with the United States. The strong security cooperation relationship also offers an opportunity for conducting full spectrum operations throughout South America to include mitigating the Counternarcotics capability.”

This statement clearly evidences that counternarcotics operations are secondary to the real objetives of the military agreement between Colombia and Washington. Again, this clearly contrasts the constant declarations of the Uribe and Obama governments insisting that the main focus of the agreement is to combat drug trafficking and production. The Air Force document emphasizes the necessity to improve “full spectrum” military operations throughout South America – not just in Colombia – in order to combat “constant threats” from “anti-US governments” in the region.

PALANQUERO IS THE BEST OPTION FOR CONTINENTAL MOBILITY

“Palanquero is unquestionably the best site for investing in infrastructure development within Colombia. Its central location is within reach of…operations areas…its isolation maximizes Operational Security (OPSEC) and Force Protection and minimizes the US military profile. The intent is to leverage existing infrastructure to the maximum extent possible, improve the US ability to respond rapidly to crisis, and assure regional access and presence at minimum cost. Palanquero supports the mobility mission by providing access to the entire South American continent with the exception of Cape Horn…”

The document additionally confirms that the US military presence in Palanquero, Colombia, will improve the capacity of espionage and intelligence operations, and will allow the US armed forces to increase their warfare capabilities in the region.

“Development of this CSL wil further the strategic partnership forged between the US and Colombia and is in the interest of both nations…A presence will also increase our capability to conduct Intelligence, Surveillance and Reconnaissance (ISR), improve global reach, support logistics requirements, improve partnerships, improve theater security cooperation and expand expeditionary warfare capability.”

The language of war included in this document evidences the true intentions behind the military agreement between Washington and Colombia: they are preparing for war in Latin America. The past few days have been full of conflict and tension between Colombia and Venezuela. Just days ago, the Venezuelan government captured three spies from the Colombian intelligence agency, DAS, and discovered several active destabilization and espionage operations against Cuba, Ecuador and Venezuela.  The operations – Fénix, Salomón and Falcón, respectively, were revealed in documents found with the captured DAS agents. Approximately two weeks ago, 10 bodies were found in Táchira, a border zone with Colombia. After completing the relevant investigations, the Venezuelan government discovered that the bodies belonged to Colombian paramilitaries infiltrated inside Venezuelan territory. This dangerous paramilitary infiltration from Colombia forms part of a destabilization plan against Venezuela that seeks to create a paramilitary state inside Venezuelan territory in order to breakdown President Chávez’s government.

The military agreement between Washington and Colombia will only increase regional tensions and violence. The information revealed in the US Air Force document unquestionably evidences that Washington seeks to promote a state of warfare in South America, using Colombia as its launching pad. Before this declaration of war, the peoples of Latin America must stand strong and unified. Latin American integration is the best defense against the Empire’s aggression.

*The US Air Force document was submitted in May 2009 to Congress as part of the 2010 budget justification. It is an official government document and reaffirms the authenticity of the White Book: Global Enroute Strategy of the US Air Mobility Command, which was denounced by President Chávez during the UNASUR meeting in Bariloche, Argentina this past August 28th. I have placed the original document and the non-official translation to Spanish that I did of the relevant parts relating to Palanquero on the web page of the Center to Alert and Defend the People “Centro de Alerta para la Defensa de los pueblos”, a new space we are creating to guarantee that strategic information is available to those under constant threat from imperialist aggression.

Fri Nov 6 , 2009
This Youtube video is an interview with Finland’s Health Minister. [youtube]nTgyakGAddM[/youtube] Our Health minister will not answer questions about Swine Flu Vaccine. Isn’t it time that the population of New Zealand asks for a Judicial Enquiry into the whole nature of the WHO’s call for pandemic status and more especially […]