Heard that one? Of course you haven’t, because I made it up. But it sums up very simply what we in Canada have that Americans do not — the brains to have a decent publicly funded healthcare system. So this article is really an epistle to Americans in the hope you’ll eventually see the light. (Hey, the Epistle of Paul …)

I’m writing this piece because I feel for a friend who has the misfortune to live in the United States. She has no healthcare coverage of her own, and had to sue her former partner to have him cover their children under his plan. Her situation is hardly unique since I understand some 30+ million Americans have no access to healthcare benefits and, too often, that means no access to healthcare. Which leads me to an obvious question: What the hell are you thinking?!?

Let me tell you a bit about what we do up here in the frozen north (that’s a little tribute to all you Americans who think we really do live in igloos).

We have universal healthcare.

No one has to take out her wallet to see a doctor or go to a hospital.

Many of your legislators think that’s a bad thing.

And given the rabid arguments on both sides of the debate in the US these days, a lot of US citizens feel the same.

They think it makes us socialists.

We think it makes us smart.

But mostly we are completely flummoxed by what appears to be a huge group of whackos living just south of us – most of us cannot even begin to fathom where the idiocy of your current national debate is coming from.

Our Federal government enacted a piece of legislation during the 1960s (revised periodically since) that mandates each of our provinces and territories to provide publicly funded healthcare. It isn’t optional, it’s mandatory. The provinces operate the system within their jurisdiction and they decide for themselves how to fund it. The federal government kicks in a pretty good chunk as well. Some provinces raise the money through sales tax, some do it as part of the general taxation revenue, some collect premiums, or combinations of those things.

We think of it kinda like we think about roads – everybody has to pay for them, not just the people with cars. And everybody gets to use them.

So, when you or your loved ones get sick, you just show up at the treating agent of your choice, produce a little plastic card, and say “I need help”. And you get it. Nobody asks you to mortgage your house to pay for it, or to give up all rights to your first-born and your next three draft picks.

That’s it. That’s all there is to it.

And you know what? We mostly think our system stinks, because it still isn’t good enough. There are some medical services that are not covered (largely elective things that aren’t ever going to kill anyone); the system is in something of a crisis because government is trying to save money on the backs of sick people; doctors frequently pack up and move away to places like the United States where they can specialize in the diseases of the rich. [I actually lost two family doctors in a row to the US but, funny thing, they both eventually came back.] We look with envy at the Scandinavian countries where governments fund, out of general tax revenue, superb cradle-to-grave healthcare. 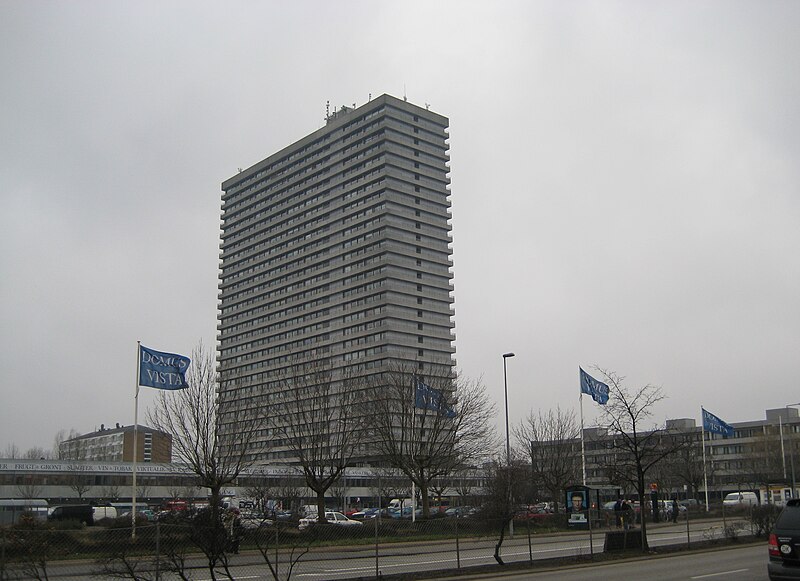 When the first publicly funded healthcare legislation in North America was passed in our province of Saskatchewan (in 1960, by a Premier who was the grandfather of your Kiefer Sutherland),

your government actually complained to the government of Canada that we were turning communist. [Good grief! What did you think when we changed our national flag in 1965 and made the maple leaf red?] But our government’s response was to look at the Saskatchewan law, copy it, and make it a national program.

From time to time, funding has been a problem because medical care and hospitalization costs are steep (although nothing compared to yours!) and we are constantly fiddling with it. Right now, there is a task force underway to try and fix what ails the program but there is no serious talk from any side of the debate about simply getting rid of the system and privatizing healthcare.

Well, except from the lunatic business fringe – you know, the guys who already have more than enough of everything and think no one else should have enough of anything.

Think about it — you’re 64 years old and you’ve got cataracts. You don’t have to decide if you want to see, or you want to eat. You get to do both. And you get to do both because Canadian society has accepted the basic principle that we are all, at least to some extent, our brothers’ keepers. We have accepted a pooled responsibility for providing basic care for each other and we have demanded that our governments make sure it’s available for us and sustainable. 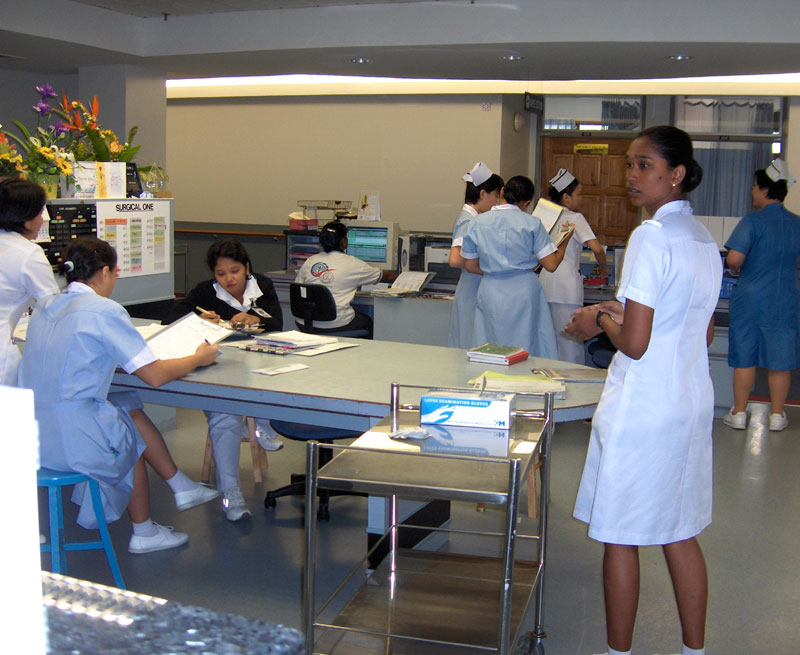 And here’s the part that bothers a lot of your right-wing reactionary types (who see commies squatting, hoof in mouth, under every bush) — being a rich guy doesn’t get you to the head of the line.

Look, this is just an insurance program. One in which everyone has to participate. And one that is NOT run by insurance companies who, as you must know only too well, would gouge the eyes out of your skulls before they’d provide you with glasses.

Why do Americans find it so difficult to provide a similar sort of benefit for your citizens? You have no trouble providing huge buyouts for mismanaged corporate behemoths, but you begrudge the poor guy who needs a doctor and can’t afford one. You see no problem with shackling the poor with lifelong debt because one of their kids got sick.

What kind of moral code are you living?

I understand that there is separation of church and state in the US, as there is here. But you know very well that the United States was founded on the basic precepts of Christian philosophy. How did you get so far away from that? Christ (allegedly) preached love for fellow man, charity, the golden rule. But you have developed your society in such a way that it’s every person for himself; that as long as you get yours, it doesn’t matter if anyone else gets theirs (in fact, it’s even better if you get theirs, too). You have moved so far from the basic principles of Christian charity and caring that if Christ was to appear on earth today he’d probably sue you for slander.

Heck, even call the people who REALLY run the US.

Tell them you’re fed up with this crap.

My friend should not have to sue some reprobate dad in order to have available medical care for her children.