The Cost of War

War may be hell, but it also doesn’t come cheap and it is time that the US taxpayer begin to question what he is getting for his money.

Napoleon once famously said that an army travels on its stomach.  He meant that feeding and supplying an army so that it would arrive to do battle in good condition were keys to victory.  He frequently cut costs, however, provisioning his troops by looting the food supplies of the local population. That ad hoc policy led to disaster when confronted by the Russian scorched earth response on his retreat from Moscow in 1812 when he lost most of his army.

[ Some old painting about why war is crap. ]

Rudyard Kipling, a witness to British Colonial fighting against Afghan and Pakistani tribesmen, also understood the economic reality of warfare.  In his poem “Arithmetic on the Frontier,” describing fighting in Afghanistan, he wrote about how a British officer possessed of a superb classical education might well be shot dead by an illiterate tribesman wielding an old musket firing a homemade bullet worth two cents:

With home-bred hordes the hillsides teem,
The troop-ships bring us one by one,
At vast expense of time and steam,
To slay Afridis where they run.
The “captives of our bow and spear”
Are cheap — alas! as we are dear.

What would Napoleon and Kipling have thought about America’s wars in Afghanistan and Iraq?

Napoleon would have been astute enough to understand immediately that the American efforts lack any clear political objective beyond supporting the status quo, but he would undoubtedly also note the vast and wasteful expense of the enterprise.  If Kipling were to tally up the new American rendition of arithmetic on the frontier he would undoubtedly be astonished and would want to double check his numbers.

Both Napoleon and Kipling would have appreciated how the insurgents have the upper hand, free to engage in asymmetrical warfare against the clumsy invader who is totally reliant on extended and vulnerable supply lines.

The fiscal year 2010 Federal government budget included $130 billion for the wars in Iraq and Afghanistan, or somewhat more than $10 billion per month.

The White House estimates that it will cost one billion dollars per year to deploy an additional 1,000 troops to Afghanistan.

If President Obama makes the unfortunate decision to add 34,000 soldiers, as is being rumored, that cost would be $34 billion higher, raising the total to something approaching $14 billion per month.  Exactly how the $1 billion number for each 1,000 addition is derived is not completely clear, but it appears to assume that there is complete elasticity in the supply arrangements, meaning that costs will not escalate because of increased demand or because of enemy action.  It also does not address the six hundred pound gorilla in the room, which is the legacy issue that comes from fighting a war with borrowed money.  As the Obama White House is so deep in the red that even George W. Bush appears in hindsight to have been a model of frugality, it should be assumed that Obama’s “war of necessity” will not be fully funded by Congress.

That means either borrowing from the Asians or just printing the money while watching the dollar slide down the toilet.

It has to be assumed that the US Treasury will do a bit of both. 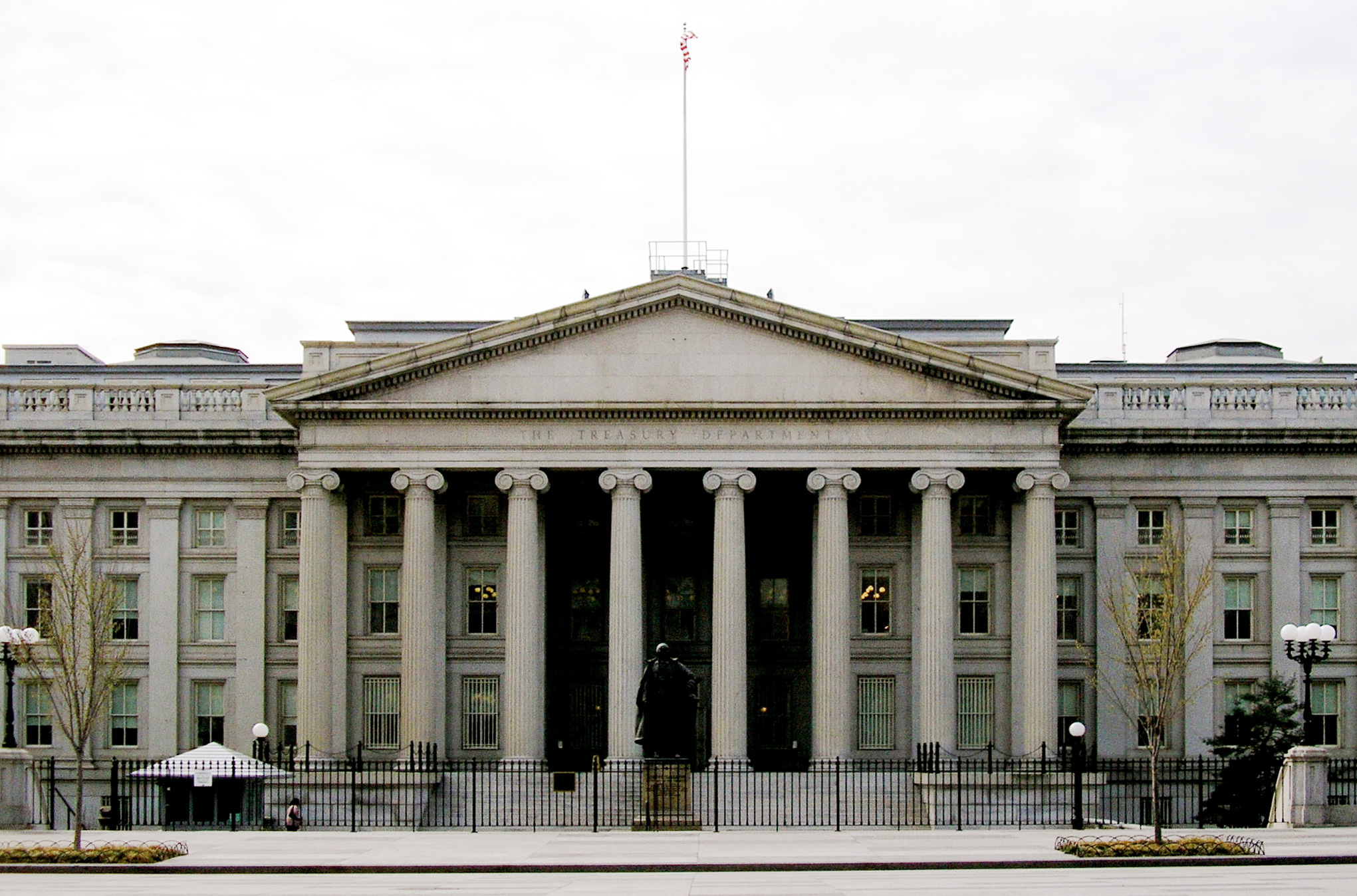 [ A photo of The US Treasury …

Why are these wars so expensive?

It goes back to Napoleon:

US bases in Iraq are supplied by a 344-mile road running north from huge depots in Kuwait and by another artery running south from Turkey, both of which require convoys of trucks with armed guards dramatically raising the costs of everything being brought in.

It is similar in Afghanistan but worse.

The main supply route starts in Karachi, Pakistan, and works its way up through the Khyber Pass, at which point the truck convoys are frequently attacked by insurgents.

(released overseas with the title ‘Warlords of the 21st Century’)

which was kind of like ‘Mad Max’ but set in Central Otago starring Bruno Laurence and told the tale of an apocolyptic desolate wasteland where oil was more valuable than blood – and bands of ruthless predators would scour the landscape looting, raping and shooting the …

When a convoy is destroyed the US Army assumes the loss as no one will insure such a perilous enterprise.  Sometimes the trucking companies pay off the attackers to be left alone, ironically putting US taxpayer-provided money into the hands of those seeking to kill American soldiers.

The US Army, which used to manage its own logistics, now contracts out the work of running in the military supplies as well as water, food, and fuel.

Contracting provides flexibility but it also means everything will be done for profit and therefore be more expensive.

It also guarantees a high level of corruption.

Even drinking water became a valued commodity in Iraq where summer temperatures sometimes reach 130 degrees and the country’s water purification system was destroyed by coalition bombs.

A senior CIA officer Kyle Dusty Foggo has gone to jail based on his reported manipulation of multimillion dollar contracts to supply water to Agency bases in Iraq.

Contractors in Kuwait paid $15 million in bribes to three US Army procurement officers between 2004 and 2007 to obtain the enormous contracts to supply bottled water to American forces.

There is even a Burger King at the US Embassy in Baghdad which trucks in all its raw materials subsidized by the government through the military’s Army and Air Force Exchange System as well as other Burger Kings and several Pizza Huts at the other large Iraqi bases and at Bagram Airfield in Afghanistan.

[ There’s definitely a  ‘do fries go with that Sheikh ? ‘  pun in this photo somewhere – but I honestly can’t be  fu@&ed.

Illegal wars based on

That $2 burger or slice of pizza might be a taste of home but it actually costs more like $20 when all the real expenses are factored in.

Think for a moment the role played by gasoline and other fuels in the current conflicts, three times greater than was the norm per soldier in Vietnam.  A modern US soldier requires 22 gallons of fuel per day.  American forces in Iraq alone are supplied by a fleet of 5,500 fuel trucks.  The Pentagon estimates that the cost of fuel delivered to the front lines in Afghanistan and Iraq averages $45 per gallon, including all expenses but excluding legacy costs like interest on borrowing money to buy the fuel in the first place.  The fuel goes into Blackhawk helicopters which use about five gallons of aviation fuel every minute they are in the air,

armored Humvees which get 8 miles per gallon,

and the new generation of Mine Resistant Ambush Protected (MRAP) vehicles which are being introduced into Afghanistan in large numbers to defend against roadside bombs.  The MRAPs undeniably save lives, but they are heavily armored, weighing from fourteen and up to 52 tons depending on how they are configured.  The lightest ones get only 4 miles per gallon of fuel and the heaviest less than a mile per gallon.  Because the money is borrowed to pay for the fuel, the final true cost to the US taxpayer will likely exceed $100 per gallon when the current level of war debt is finally amortized around the year 2017.

Fuel is only one aspect of the escalating costs of the wars that America has become involved in. 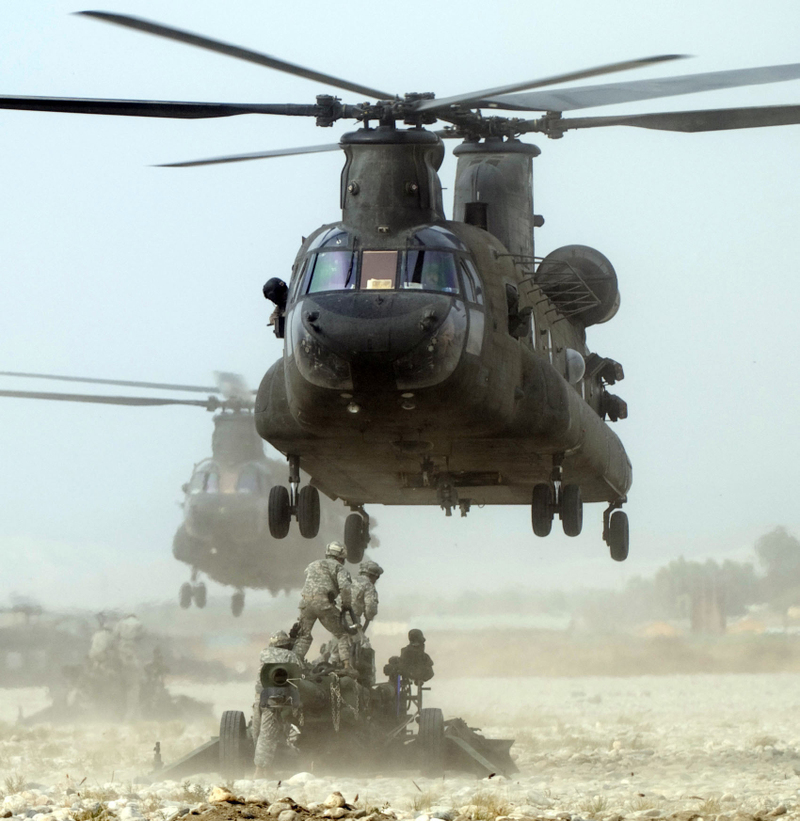 but legacy costs to include paying off the money that was borrowed and medical care for the many thousands of wounded soldiers and marines will drive the total cost of the war past the $5 trillion dollar mark even if the two wars were to end tomorrow.  Harvard economist Joseph Stiglitz is now suggesting that a final figure approaching $7 trillion is not inconceivable inclusive of Obama’s early 2009 surge in Afghanistan coupled with the escalating costs of supplying US forces.  If Obama adds thousands more soldiers at the request of Generals Petraeus and McChrystal, the final tab will go higher.

because the utter Ivy League  -shits-  that currently make foreign policy  –  just don’t give a damn.

The numbers don’t lie.  It is a fantasy to believe that Washington will somehow obtain a simulacrum of victory in Afghanistan and Iraq that will benefit America and its people.  Apart from any other moral or practical considerations, the United States simply cannot afford to continue feeding an insatiable war machine.  Extending the conflict to Iran will likely break the bank.  Someone should speak the truth to President Obama, who is pledging to “finish the job” in Afghanistan, explaining that the best way to finish is to end the sorry debacle.  The President should make the politically difficult but necessary decision to stop the bleeding and bring our soldiers home.

Warlords of the 21st Century