The US is at unlawful war with Pakistan, having bombed over 50 sites and killing over 400. the Pakistan government rejects this violation of their nation, but just as the US has no respect for the laws limiting war to a narrow definition of self-defense in Afghanistan, Iraq, rhetoric for more war with Iran, and torture, they have no respect for peace in Pakistan. 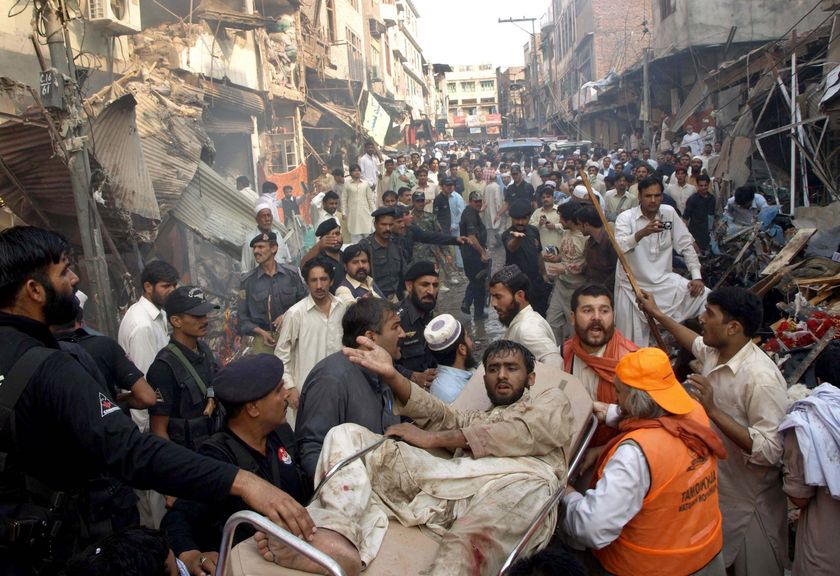 Americans receive propaganda in support of US government murder and Crimes Against Peace, such as in this piece from the NY Times that say whatever BS seems most palatable without mentioning US and international law. Other propaganda encourage escalation of this unlawful war.  President Obama’s escalation of the unlawful war in Afghanistan will concentrate troops on Pakistan’s border.
Our Founding Fathers warned Americans as stringently as is possible to write that encroachment of law becomes tyranny. Our long-term tax cost for these wars is over $3 trillion, with the US responsible for over a million deaths (and multiples of that number living in such misery and sadness they wish for death).
[  Feel free to re-read that last line again if you need to …  ]
The war in Pakistan may also have nasty Black Operations attached to it, without oversight, that might include attacks in Pakistan blamed on “terrorists” (and here) to capitulate the government as its objective. The US has a history of overthrowing governments when resources are at stake, such as CIA Operation Ajax that overthrew Iran’s democracy in 1953 when they tried to negotiate oil profits.
[youtube]ldgbOxDX6DE[/youtube]
That coup kept Iran under a US-friendly dictator until 1979. The US followed this “defeat of control” by sponsoring an invasion of Iran from 1980-1988.

So what should we do?

Gandhi and Martin Luther King advocated public understanding of the facts and non-cooperation with evil. I’m among hundreds who advocate:
Following is the 10-mnute video from PuppetGov: Obama and the War Criminals. It’s outstanding; please share it.
As always, please share this article with all who can benefit.
Obama and the War Criminals from PuppetGov on Vimeo.
Source