How do you spell success? 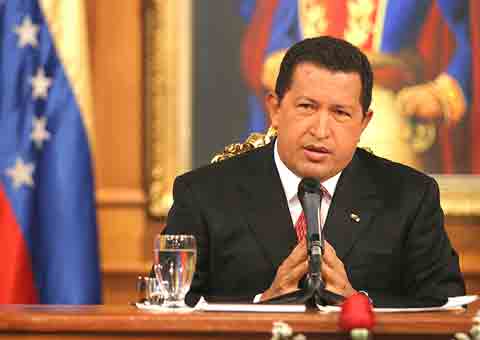 No head of state in recent history has been re-elected so many times by such an overwhelming majority of the population as has President Hugo Chávez Frías.

Any national leader in the world “would die for” his margins in any election campaign.

The system of electronic voting in Venezuela is verified by paper printouts for the voter which are then deposited in election boxes. A healthy 55% of those votes are then checked against the electronic printout of the voting machine in the presence of witnesses from all political parties, supervised by the the CNE (Consejo Nacional Electoral), i.e. the National Electoral Council. If the results tally and everyone present signs the election act, the results are than electronically transmitted to the CNE center in Caracas. The board of rectors of the CNE is comprised of representatives of the government and those who oppose the government.

What are the reasons of this president’s success?

We invite our readers to answer the question in the readers’ comment section below.

You can read these comments here :

Israel Cracks Down On The Press

Sat Jan 16 , 2010
[ … and why ?  Because Israel is this century’s Nazi Germany. That’s why. ] January 15, 2010 Jared Malsin, the editor of the English edition of Maan News Agency, has been detained by Israeli authorities. Malsin, a Jewish-American who lives and works in the West Bank, was picked up […]