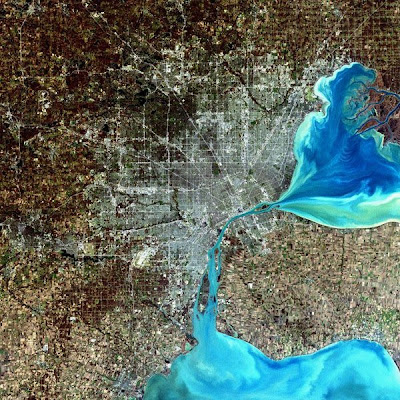 DETROIT – An FBI agent who led the investigation of nine Michigan militia members charged with trying to launch war against the federal government couldn’t recall many details of the two-year probe yesterday during questioning by defense lawyers.

Even the judge who must decide whether to release the nine until trial was puzzled.

“I share the frustrations of the defense team … that she doesn’t know anything,” U.S. District Judge Victoria Roberts said after agent Leslie Larsen confessed she hadn’t reviewed her notes recently and couldn’t remember specific details of the case.

Judge Roberts is hearing an appeal of another judge’s order that has kept members of so-called Hutaree militia in jail since their arrest in late March.

The indictment says the nine planned to kill police officers as a steppingstone to a widespread uprising against the federal government.

Defense lawyers, however, say their clients are being punished for being outspoken.

Prosecutors fought to keep Ms. Larsen off the witness stand, saying the defendants had no legal right to question her.

But the judge said the agent’s appearance was appropriate because the burden is on defense lawyers to show their clients won’t be a threat to the public if released.

The nine lawyers asked specific questions about each defendant.

Ms. Larsen said she had not listened entirely to certain recordings made by an undercover agent who infiltrated the group.

She said that because they were still being examined, she didn’t know if weapons seized by investigators last month were illegal.

At other times, Ms. Larsen couldn’t answer questions because she said she hadn’t reviewed investigative reports.

Defense lawyer William Swor asked if the No. 1 defendant, Hutaree leader David Stone, had ever instructed anyone to make a bomb.

“I can’t fully answer that question,” the agent replied.

Assistant U.S. Attorney Jonathan Tukel defended Ms. Larsen, telling the judge it wasn’t clear until Monday that she would testify.

Judge Roberts, however, said she told the government to be prepared last week.

The participants talked over each other, often laughed and made goofy noises and disparaging remarks about law enforcement.

Prosecutors objected to questions about interpreting the secretly recorded conversations, but the judge said they were fair game.

The judge will resume the court hearing today.

Prosecutors will have a chance to question people who are willing to be responsible for some of the nine if they are released from jail.

Thu Apr 29 , 2010
Yeah, well, when you park a carrier off the coast of Iran, you can expect Iran will want to take a look and who can blame them. Last time the US had a bunch of warship parked off of the coast of Iran the USS Vincennes shot down an Iranian […]