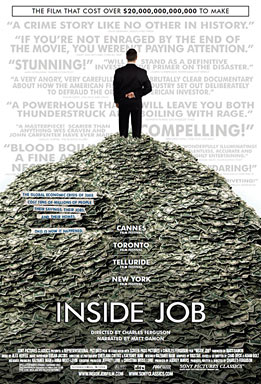 the first film to expose the shocking truth behind the economic crisis of 2008.

at a cost of over $20 trillion, resulted in millions of people losing their homes and jobs.

Through extensive research and interviews with major financial insiders,

[ UNCENSOR’S  WARNING  :  Some of these people may have personally helped to get you into this shit,

in the first place  ]

which have corrupted politics,