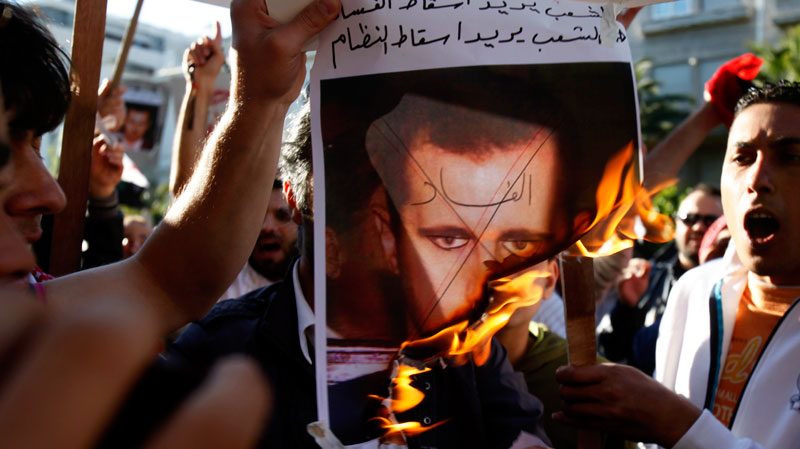 They go beyond the pale of human decency.

A few weeks ago,

a vivacious and charming boy from Dira’a was abducted from his home by the regime’s Shabbiha thugs or death squads,

for allegedly taking part in an anti-regime demonstration.

A few days later, his body, riddled with bullets,

and bearing indescribable scars of torture of all kinds,

was handed over to his family.

According to eyewitnesses and human rights operatives who examined the body,

the agents of the regime also severed the boy’s sexual organ before turning in the body for burial.

saying that only human animals were capable of committing such a crime.

Wed Jun 1 , 2011
Yesterday private Israeli bulldozers arrived in the village of Al Ma’sara in the West Bank and destroyed a section of farm land belonging to the Brijia family, uprooting five grape trees and an abundance of wheat. The bulldozers who were accompanied by Israeli military jeeps belonged to an electrical company […]