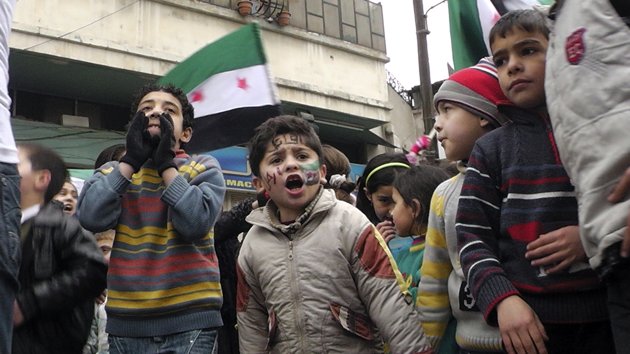 Proof the Media is Lying About Syria

SyriansWorldwide
YouTube
Tue, 03 Jan 2012 09:43 CST
Al Jazeera and other private media channels are lying through their teeth about people killed, detained and missing at the hands of the government forces in Syria. The UN reported that 5,000 people had been killed… the following Syrian investigative report found it to be complete BS, fabrications by the Syrian ‘opposition’ network in collusion with Western agents.https://www.sott.net/articles/show/242495-Terrorism-and-Manipulation-in-the-Syrian-Revolution–

Terrorism and Manipulation in the Syrian ‘Revolution’

SyriansWorldwide
YouTube
Sun, 04 Mar 2012 09:27 CST
The following documentary exposes the myth at the heart of the West’s narrative in its war against Syria.
https://www.sott.net/articles/show/242494-10-things-you-didn-t-know-about-the-Syrian-revolution

10 things you didn’t know about the Syrian revolution

Raghda B
Syrian Youth
Thu, 01 Mar 2012 08:49 CST
Who hasn’t heard of the peaceful uprising in Syria that was supposedly suppressed by the Syrian government?We’ve heard it everywhere; from social networks, news…even TV shows have a spin at it.Do you really know what’s happening in Syria or are you being lied to?https://www.sott.net/articles/show/242492-More-media-lies-Girl-beaten-by-Syrian-forces-story-exposed

Here’s the story doing the rounds on twitter…The “Syrian” opposition twist and turn to find more ways to disrupt and discredit Syria’s image in the general public.They say this girl was beaten by security forces in Lattakia.After a little bit of research, we found out this was false.This little girl’s name is Katie Ann Guttridge who was beaten at a nursery in England in December.

…..  Credibility keeps going down the drain.

Kevork Elmassian, Hiba Kelanee, Feeda Kardous & Zoubaida al Kadri
lizzie-phelan.blogspot.com
Wed, 22 Feb 2012 08:10 CST
Danny Abdul Dayem is a 22 year old British citizen, of Syrian descent, from Cambridge. In the summer of 2011 he escaped the Syrian city of Homs to Egypt; and then moved to London for a few months. In December of 2011, he secretly returned to Syria through Lebanon. While in London, Danny performed many interviews with some media agencies, as an “eyewitness” from Homs, allegedly shot upon by the Syrian security forces. Clearly, he was on a mission to take full advantage of the air time given him, to transmit propaganda of the idea of a “Syrian revolution”. Instead of the reasonable quizzing and healthy skepticism, expected of a professional news entity, on Newsnight, Danny was given free reign to speak, unchallenged. The different accounts gave to numerous news channels, including Sky News, al Hiwar, Alarabiya (in Arabic) and the Guardian were somewhat alarming. Here are some of inconsistencies:…..