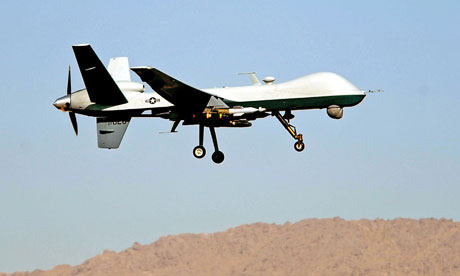 Civilian staff at GCHQ risk being prosecuted for war crimes

as a result of a legal action being launched tomorrow

over the alleged use of British intelligence in the CIA‘s “targeted killing” programme.

could be liable as “secondary parties to murder”

Pakistan has previously condemned the attacks as a violation of its sovereignty,

amid concern that the use of US drones contravenes international humanitarian law.

Hundreds of innocent civilians are thought to have been killed as a result of drone attacks.