[ I haven’t been this religiously excited in decades. ]

The Swedish government has formally recognised a “church” whose main belief

is the right to file-share, 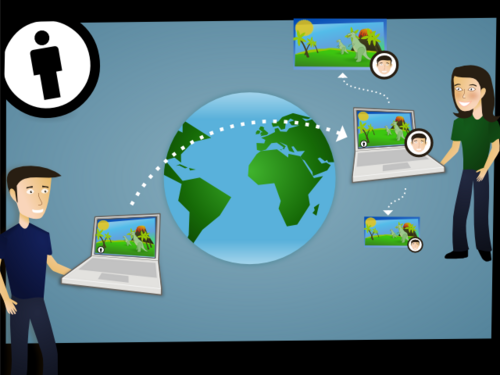 in a move that is unlikely to be well-received by the Hollywood studios.

since the folks who populate those Hollywood studios

was revealed in a statement on the Church’s Website,

after more than a year of trying to gain formal recognition.

registered the Church of Kopimism as a religious organisation.

This means that Sweden is the first country to recognise Kopimism as a religion,” said the church’s statement.

It said that board chairman for the organisation Gustav Nipe had to apply three times.

“I think it might have something to do with the government organisations abiding by a very copyright-friendly attitude,

with a twisted view on copying,”

Nipe was quoted as saying.

According to the statement,

the Church of Kopimism regards information as holy, and copying as a sacrament.

It also holds CTRL+C and CTRL+V

(the keyboard shortcuts for copy and paste)

While the church does not directly promote illegal file sharing,

it does believe in the open distribution of knowledge and holds religious services that it calls ‘ kopyactings’.

in itself and in what it contains,

and the value multiplies through copying.

copying is central for the organisation and its members,”

The church also said the Swedish government recognition was a large step.

It hoped that it was one step

“towards the day when we can live out our faith without fear of persecution,

the 19-year philosophy student and self-confessed spiritual leader of the Church of Kopimism.

The Church of Kopimism is a religious organisation that began life in 2010.

According to the church’s statement,

it is made of a community

that “requires no formal membership.”

“You just have to feel a calling to worship what is the holiest of the holiest,

“To do this, we organise kopyactings – religious services – where the kopimists share information with each other

through copying and remix,”

War Is Not About Truth, Justice & The American Way