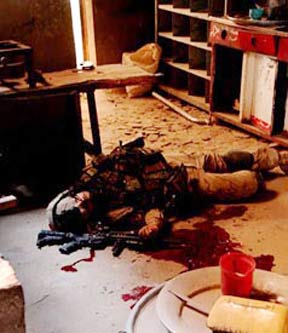 [ Looking on the bright side – ‘The Draft’ was one of the factors that helped end the Vietnam War.

well … … it helped end the Vietnam War for Americans, anyway ]

the former top commander of international forces in Afghanistan,

said this week that the United States should bring back the draft if it ever goes to war again.

“I think we ought to have a draft.

I think if a nation goes to war,

it shouldn’t be solely be represented by a professional force,

because it gets to be unrepresentative of the population,”

at a late-night event

“I think if a nation goes to war,

every city needs to be at risk.

You make that decision and everybody has skin in the game.”

[ What does he mean ‘You’ make the decision to go to war ?

Does he means ‘the collective you’ ?

It Is Not Just The Bankers, It's The BANKING SYSTEM ITSELF

Fri Jul 6 , 2012
We have to stay focused on what the real problem in banking is.  We need to tackle the creation of money, by private profit seeking-banks, for their own short-term interest. A system like this will never work well for society or ordinary people. . So here’s four things you can do […]