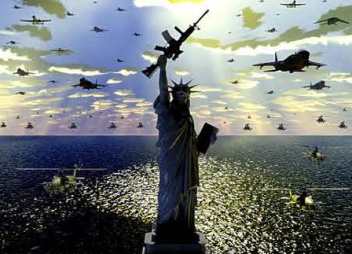 in regards to the US’

premeditated campaign of terrorism and violent regime change in Syria.

that the US, Israel, Saudi Arabia and others were gathering, funding, arming, and deploying a front of violent sectarian extremists,

to undermine, destabilize, and eventually lead to the overthrow of the governments of Lebanon, Syria, and Iran.

The violent campaign was rolled out publicly in the wake of a similarly premeditated geopolitical ploy,

the so-called “Arab Spring,” and has since then been clearly exposed as the work of violent terrorist networks.

these terrorist networks are those allegedly the impetus of the “War on Terror,”

Sat Jul 7 , 2012
Lew Rockwell, founder and Chairman of the Ludwig von Mises Institute, discusses his “War and Inflation“speech at a 2008 Future of Freedom Foundation conference, how central banking allows governments to fund wars and empire through money printing instead of direct taxation, keeping a lid on internal dissent, why deflation is […]