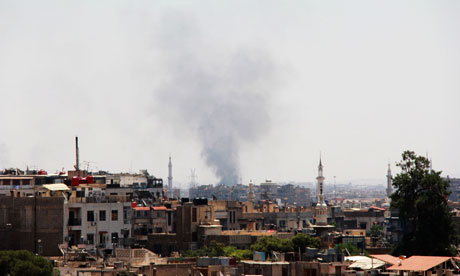 Western and Gulf powers have launched the largest secret war operation since the Contra war in Nicaragua.

The Battle of Damascus is not intended to topple President Bashar al-Assad,

but to fracture the Syrian Army to better ensure the domination of Israel and the U.S. over South West Asia.

While the city is bracing for a new assault by foreign mercenaries,