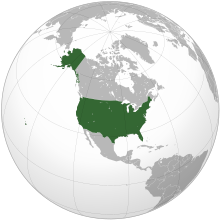 and it has no right being on anybody’s human rights council.

The United States has applied as a candidate for membership on the United Nations Human Rights Council,

which will be voted on at an upcoming UN General Assembly.

saying it is not qualified for membership.

about what it says about the notion of human rights

if the United States is permitted to become a member of the United Nations Human Rights Council.

PSYOPS 101 ~ The Technology Of Psychological Warfare

Wed Nov 14 , 2012
[youtube]FtdYTeor6jo[/youtube] CONTINUE WATCHING: https://ur1.ca/awhpi TRANSCRIPT AND SOURCES: https://www.corbettreport.com/?p=6153 What cutting edge technologies are being worked on behind the scenes in military or intelligence research labs funded by off-budget, classified programs we can, of course, not even begin to speculate. But the utility of even these technologies that we do know […]