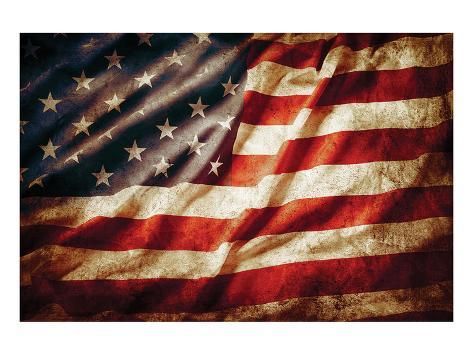 The U.S. has only been at peace for 21 years total since its birth

Since the United States was founded in 1776, she has been at war during 214 out of her 235 calendar years of existence.  In other words, there were only 21 calendar years in which the U.S. did not wage any wars.

To put this in perspective:

Pick any year since 1776 and there is a bout a 91% chance that America was involved in some war during that calendar year.

The U.S.  has never gone a decade without war.

The only time in the U.S. went five years without war (1935-40) was during the isolationist period of the Great  Depression.

In most of these wars, the U.S. was on the offense. Admit- tedly some of the wars were defensive. However, the above list leaves out covert CIA operations and other acts which could be considered war.

Indeed, most of the military operations launched since World War II have been launched by the U.S. And Ameri- can military spending dwarfs the rest of the world put together.

No wonder polls show that the world believes America is the number 1 threat to peace. Sott Comment: Rather staggering, don’t you think? Also, for many of the war years, the US had multiple opponents. After all this war practice, we might rightly expect a simple bombing raid on ISIS to produce results. – “Danios”SOURCE: www.sott.com

On the morning of Monday, September 26, 2016, National Campaign for Nonviolent Resistance (NCNR) will lead a nonviolent protest of war at the Pentagon.

People have been signing up to take part for months as part of registering for the September 23-25 #NoWar2016 conference in Washington, D.C.

The action will include roles for those willing and not willing to risk the possibility of being arrested.

You can sign up for #NoWar2016 and this action at MailScanner has detected a possible fraud attempt from “click.actionnetwork.org” claiming to be https://worldbeyondwar.org/nowar2016 (But hurry before the conference is full.)

Or you can sign up for the action alone by emailing Malachy Kilbride at malachykilbride@gmail.com

NCNR describes the action in these terms: “A world beyond war will take long-term work utilizing new strategies and relinquishing our old ways of seeking peace which have relied on violence and war. We must stand up to those in power who continue to lead us on a path towards more war. We have reached a point in which we can no longer afford massive military budgets, plans for future war, and war games certainly preparing us for war. This is no longer sustainable in so many ways. Poverty, climate crisis, environmental destruction, and violations of international law can no longer be accepted as the new normal for our world. Because war is so intimately linked to poverty and the threat to Mother Earth we must take a stand at The Pentagon on September 26, 2016. The Pentagon is the one place that is the embodiment of the connection between United States foreign and military policies and the war profiteers who threaten all life on this planet. We call upon people of conscience to join us in a witness for peace, risking arrest, calling for an end to war.On the 26th there will be an opportunity for others, not able to risk arrest, to join us at The Pentagon.” For more information contact Malachy Kilbride at malachykilbride@gmail.com

Do you agree with this article? Disagree? Have anything to add? Give us your feedback!

Thu Sep 8 , 2016
The Federal Bureau of Investigation was unable to access any of the cell phones Hillary Clinton used while she was Secretary of State and now we know why – she had her staff smash them with a hammer.   According to newly released FBI documents, the investigation into Clinton’s use […]