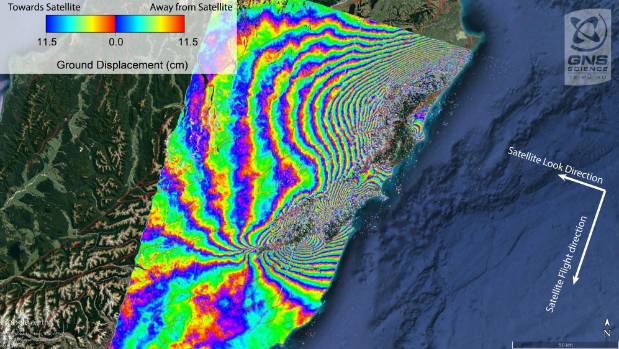 Here’s the audio from Jeff’s blog:

The odds are a trillion to one that the recent…and on-going…Kaikoura quakes on New Zealand’s south island…were not natural, but the result of scientifically premeditated geo-physical warfare, the main-stay of the global war-machine (or should I say ‘defense industry’?)’s ‘revolution in military affairs.’
Sure, sure…earthquakes DO happen naturally. New Zealand is bisected by a major fault line and Kaikoura is right on it. And the moon wasn’t only full, it was a SUPER MOON! To say that this was done on purpose by people is no more than some of that conspiracy theory, many will say.
Well, to those, all I can say is ‘Go and pop another beer and watch some footie…and be sure not to look at any FAKE NEWS OK?’ Leave the critical thinking to those who don’t have brain damage! Are you sure the quakes weren’t caused by ‘climate change’???
Astronomer Carl Sagan observed that “We live in a society exquisitely dependent on science and technology, in which hardly anyone knows anything about science and technology.” That the military in general has developed what most would consider to be ‘science fiction’ level weapons systems is a testament to Sagan’s critique, as is his untimely death from leukemia contracted from his 100+ personal demonstrations against nuclear weapons at the Nevada Test Site.
These quakes, however, didn’t surprise me in the least. I never ventured a ‘formal prediction’ but the possibility did cross my mind a number of time as I have been monitoring the naval ‘war game’ Exercise Mahi Tangaroa happening this week in two Auckland harbours, as well as providing in-depth coverage of the recent RIMPAC naval war-games in Hawai’i which killed an enormous amount of marine life and helped to destroy the coral reefs with high-powered microwave transmissions coupled with electromagnetic ‘pollution’ from weaponized systems that ‘protect’ ship hulls from corrosion. Marine biologist Terry Lilley and chemical engineer Stewart Simonson have made enormous contributions to our understanding of this covert environmental warfare, even greater burdens on the health of Mother Ocean and her family of life.
From the blog https://thecontrail.com/profiles/blog/show?id=4744723%3ABlogPost%3A783895&
another quake just hit Blenheim – still quaking https://earthquake.usgs.gov/earthquakes/eventpage/us10007eq8#executive
Trails are insane here on the other coast.

2 thoughts on “Kaikoura Quake: “A Trillion To One””