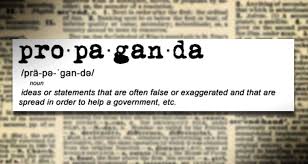 Already passed by the house…. If this level of Fascism becomes law, we will leave this country! “..the Act (“H.R. 6393, Intelligence Authorization Act for Fiscal Year 2017) will i) greenlight the government to crack down with impunity against any media property it deems “propaganda”, and ii) provide substantial amounts of money fund an army of “local journalist” counterpropaganda, to make sure the government’s own fake news drowns that of the still free “fringes.” So while packaged politely in a veneer of “countering disinformation and propaganda”, the bill, once signed by Obama, will effectively give the government a full mandate to punish, shut down or otherwise prosecute, any website it deems offensive and a source of “foreign government propaganda from Russia, China or other nations.” And since there is no formal way of proving whether or not there is indeed a foreign propaganda sponsor, all that will be sufficient to eliminate any “dissenting” website, will be the government’s word against that of the website. One can be confident that the US government will almost certainly prevail in every single time.” “…..if passed by the Senate and signed by the president, could be used to target, threaten, or eliminate so-called “fake news” websites, a list which has been used to arbitrarily define any website, or blog, that does not share the mainstream media’s proclivity to serve as the Public Relations arm of a given administration. Curiously, the bill which was passed on November 30, was introduced on November 22, two days before the Washington Post published its Nov. 24 article citing “experts” who claim Russian propaganda helped Donald Trump get elected.” 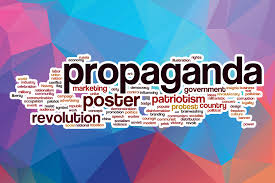 Thu Dec 29 , 2016
By Lisa Haven On October 21st, 2016, and shortly after the US government brazenly announced that they were pondering cyber attacks on Russia, the East Coast was bombarded with cyber attacks. DYN status had reported that serval DDoS attacks (Distributed Denial of Service Attacks) were initiated by an army of bots that struck computers […]