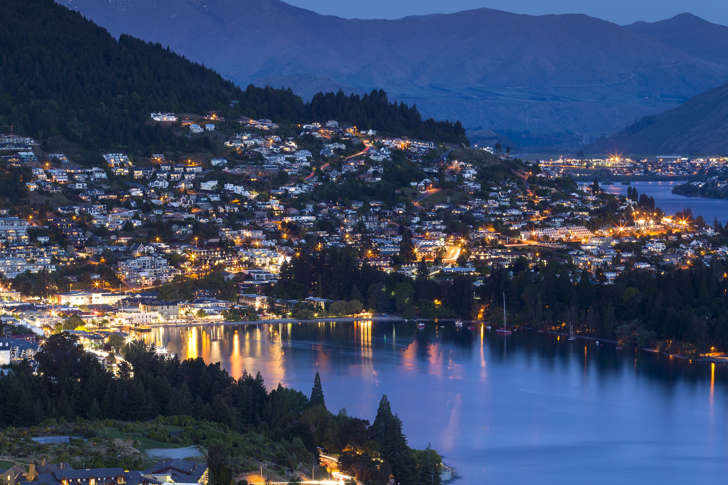 An upsurge in the number of wealthy Americans seeking New Zealand property is being linked to fears of a political or natural disaster.

The latest New Yorker magazine, in a long story about the super-rich making doomsday preparations, gives a high profile to New Zealand as a haven from any apocalypse.

Graham Wall Real Estate is handling five enquiries a week from rich Americans, up from one a week before Donald Trump began his campaign to be US president.

“Auckland, Waiheke, Queenstown are absolutely at the top of the hit list for these Americans,” said partner Ollie Wall.

“Over the past six months it’s certainly heightened hugely the interest that we’re getting.”

“Before the sort of Trump effect, as we call it, probably one [enquiry] a week, but in the last year we have done over $50m worth of business with Americans.”

Mr Wall said it was clear they were nervous about the future and New Zealand was seen as safe.

The New Yorker quotes Reid Hoffman, co-founder of LinkedIn, recalling how he discovered New Zealand was a favoured refuge. A friend, hearing he was thinking of visiting New Zealand, asked whether he was getting “apocalypse insurance”.

“Saying you’re ‘buying a house in New Zealand’ is kind of a wink, wink, say no more”, Mr Hoffman told the magazine.

But Ollie Wall said none of the Auckland real estate firm’s US buyers had talked of making doomsday preparations.

“I was surprised to see it was a lot about almost doomsday preppers rather than people seeking new opportunities, because that’s how it’s generally explained to us,” said Mr Wall.

However he expected the New Yorker article to trigger another upsurge of interest among Americans in property here.

Buyers see New Zealand as “safe and steady”, he said.

“They are feeling uncertain about America, and not only America but the whole world at the moment.”

Safe haven? They never heard of earthquakes then?