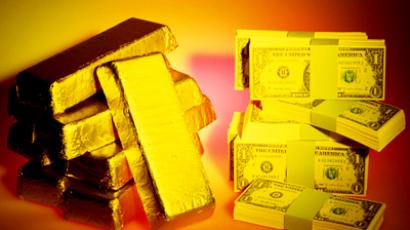 SALT LAKE CITY, Utah (Feb. 1, 2017) – A bill introduced in the Utah legislature would build on the state’s Legal Tender Act, creating a foundation for further action to encourage the use of gold and silver as money, and take another step toward breaking the Federal Reserve’s monopoly on money.

Rep. Ken Ivory (R-West Jordan) introduced House Bill 224 (HB224) on Jan. 27. The legislation would add several provisions to state law designed to encourage the use of gold and silver as legal tender. Passage would set the stage for expansion of gold repositories in the state and authorize further study on several sound money policies.

The legislation would also direct the State Money Management Council to make rules governing quality criteria for a commercial specie repository, in consultation with the state auditor.

A “GOLD BANK” FOR UTAH

Gov. Greg Abbot signed legislation creating a Texas gold bullion and precious metal depository in June of 2015. The facility will not only provide a secure place for individuals, business, cities, counties, government agencies and even other countries to to store gold and other precious metals, the Texas law also creates a mechanism to facilitate the everyday use of gold and silver in business transactions. In short, a person will be able to deposit gold or silver – and pay other people through electronic means or checks – in sound money.

Ivory said “secure public transaction is the ultimate goal” in Utah as well.

In fact, the United Precious Metals Association (UPMA) already offers publicly available accounts denominated in gold and silver dollars in Utah. According to the UPMA, in the past year it has grown 700 percent in assets under management and made up 2 percent of the market for U.S gold and silver coins.

“Despite a couple of zerohedge articles, most people remain unaware of Utah’s gold bank,” UPMA head of sales and marketing Jeremy Cordon said. “We are a few years ahead of Texas.”

According to Cordon, passage of HB224 would give UPMA and similar repositories a special recognition by the state, and that would likely expand the market for their services. The state of Utah will also be able to hold legal tender gold and silver in such repositories under the proposed law.

In 2011, Utah became the first state in over 80 years to pass a law making gold and silver coin legal tender. The following year, the legislature followed up, approving a bill clarifing several tax measures and more importantly, expanding the definition of specie to include gold and silver coin approved by the state.

Passage of HB224 would take the next step forward and further open the door for the use of gold and silver in everyday transactions in the state.

In a speech to the UPMA announcing the legislation, Ivory emphasized the connection between sound money and liberty. He told the story of a woman who tried to pay her bill at Walmart with gold coins. The cashier told her she needed “real money.” When the lady went to the bank, the teller gave her face value for the 14 Double Eagle coins – $280. The value of the gold itself was over $20,000.

“Think about where we are when we don’t understand the value. The nature of our property, the nature of our liberty embodied and represented in money that has a fixed standard.”

The United States Constitution states in Article I, Section 10, “No State shall…make any Thing but gold and silver Coin a Tender in Payment of Debts.” States have simply ignored this constitutional provision for years. It’s impossible for states to return to a constitutional sound money system when it taxes gold and silver as a commodity.

State actions like Utah’s Constitutional Tender Act, and the creation of a bullion depository in Texas take steps toward that constitutional requirement, ignored for decades in every state and sets the stage to undermine the monopoly of the Federal Reserve by introducing competition into the monetary system.

By making gold and silver available for regular, daily transactions by the general public, the state depositories create the potential for wide-reaching effect. Professor William Greene is an expert on constitutional tender and said in a paper for the Mises Institute that when people in multiple states actually start using gold and silver instead of Federal Reserve notes, it would effectively nullify the Federal Reserve and end the federal government’s monopoly on money.

“As this happens, a cascade of events can begin to occur, including the flow of real wealth toward the state’s treasury, an influx of banking business from outside of the state – as people in other states carry out their desire to bank with sound money – and an eventual outcry against the use of Federal Reserve notes for any transactions.”

Once things get to that point, Federal Reserve notes would become largely unwanted and irrelevant for ordinary people. Nullifying the Fed on a state by state level is what will get us there.

HB224 was referred to the House Rules Committee, where it must pass by a majority vote before being referred to a standing committee for further consideration.

A SHREWD MOVE ON UTAH’S  PART?

WHAT DO YOU THINK?

The FDA Controlled By Big Parma Since Gov't. Deal In 90's

Tue Feb 7 , 2017
It’s been a while since we had anything on the Vitamin C subject.  Seems there’s a push against intravenous vitamin C by the FDA big pharma puppets: The following is a fascinating interview with health expert, Ronnie McMullen. We discussed the fact that there are cures for cancer and diabetes […]