By Harry Pettit For Mailonline

Scientists have made a discovery that could lead to a revolutionary drug that actually reverses ageing.

The drug could help damaged DNA to miraculously repair and even protect Nasa astronauts on Mars by protecting them from solar radiation.

A team of researchers developed the drug after discovering a key signalling process in DNA repair and cell ageing. 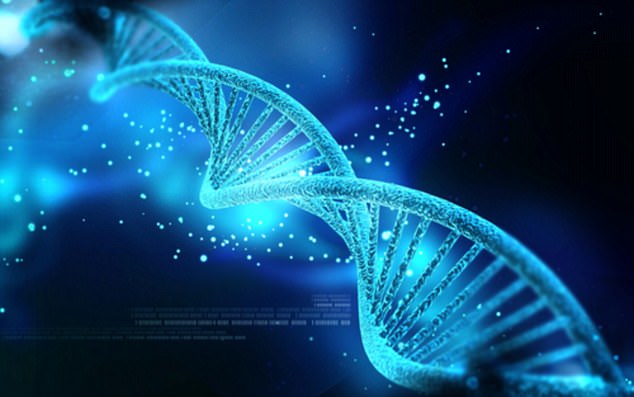 Scientists have made a discovery that could lead to a revolutionary drug that actually reverses ageing. A team of researchers developed the drug after discovering a key signalling process in DNA repair and cell ageing

The experiments in mice, from a team at the University of New South Wales, suggest a treatment is possible for DNA damage from ageing and radiation.

It is so promising it has attracted the attention of Nasa scientists in their quest to reach Mars.

While our cells can naturally repair DNA damage – such as damage caused by the sun – this ability declines with age.

The scientists identified that the call signalling molecule NAD+, which is naturally present in every cell in the body, has a key role in protein interactions that control DNA repair.

Human trials of NMN therapy will begin within six months.

During trials on mice, the team found that the drug directly repaired DNA damage caused by radiation exposure or old age.

‘The cells of the old mice were indistinguishable from the young mice after just one week of treatment,’ said lead author Professor David Sinclair.

Human trials of the pill will begin within six months.

So since we can’t geoengineer Mars due to the lack of magnetosphere, we need to re-engineer humans for life on Mars? Opens up a whole world of speculation and dot-joining methinks….
…However, maybe NASA has a solution to the magnetosphere issue?
https://www.msn.com/en-nz/video/watch/nasas-plan-to-use-a-giant-magnet-to-make-mars-habitable/vi-BByLXiX?ocid=SK2MDHP
But what effect putting a giant magnet at the Lagrange point? How will this affect Earth?
Anyone have any thoughts on this?

One thought on “Who Wants To Live Forever?”

Mon Mar 27 , 2017
NASA wants to launch a giant magnetic field to make Mars habitable So crazy it just might work. NASA scientists have proposed a bold plan that could give Mars its atmosphere back and make the Red Planet habitable for future generations of human colonists.   By launching a giant magnetic […]