London attacks and the war against Brexit

“Terrific. Love it. But ultimately we’ll need to destroy all those separate countries and rule the whole continent as one entity. We can do that, yes. We’ll open all borders and let in a massive flow of immigrants and erase national identities. Terror attacks will multiply. We’ll put a lid on talking about immigrants as the cause of the terror. Call it hate speech. We’ll train the population of Europe to accept terrorism as part of the glorious future. It makes no logical sense, but so what? No top-down ideology ever made sense. We’ll preach unlimited tolerance and love. We’ll be a de facto Church of sorts. We’ll hypnotize the whole continent…” (The Underground, Jon Rappoport)

As I was writing this article, multiple terror attacks were launched in London. To say the human destruction “once again raised the question of immigration” would be a vast understatement.

In the run-up to the Brexit vote in 2016, immigration came to the fore as the key issue. But of course, the European Union has a policy of opening borders of all member countries.

The EU wants one continent, no separate countries—and the way to achieve that is by creating a massive flood of migrants. Destroy traditions and cultures that define countries. In the process, accept terrorism as “inevitable.” Don’t talk or write about the actual effects of immigration. That would be “hate speech.” Keep eyes and mouth shut, and march straight ahead into a future of one European continent ruled from above by the EU.

Ever since the UK vote to leave the unelected, terminally corrupt, and rotting edifice known as the European Union, stall tactics and threats have been launched at Brits.

First it was, “It’s going to take a long time to untangle the UK from the EU, it’s very complicated.” Actually, that tactic was predated by Prince Obama traveling to England to warn the population they’d stand at the back of the line in forming separate trade deals with the US, if they left the EU. It’s called interfering in the political affairs of another nation. Now it’s the EU and Queen Merkel beating the UK to the punch by plotting trade deals with India and China, in order to leave the British out in the cold.

But the basic question is, Is Britain a nation? Does it exist? It’s a question citizens are supposed to answer. Not Merkel, Obama, or the EU.

This issue, in case it’s unclear, is all about Globalism. According to that totalitarian political philosophy, of which the EU is a standard bearer, there are no nations. There are only mega-corporations and banks.

As the recently departed guru of the Rockefeller Trilateral Commission, Zbigniew Brzezinski, wrote in 1969, “[The] nation state as a fundamental unit of man’s organized life has ceased to be the principal creative force. International banks and multinational corporations are acting and planning in terms that are far in advance of the political concepts of the nation state.”

This is not only a political and economic statement, it’s a prescriptive piece of psychological advice: Stop thinking of yourself as a citizen of a country; you’re a global citizen; you exist and function at the pleasure of a new collaborative international order.

And the new order will triumph. Bow your heads and accept it.

Unless people get up on their hind legs and say no, which is what happened in the 2016 Brexit vote.

Hideous words to the ears of Globalists.

Their basic strategy, since the end of World War 2, has been to spin a highly complex network of political and economic relationships, from one end of the world to the other—a labyrinth—from which escape is seen as virtually impossible.

Trade deals like NAFTA, CAFTA, and GATT are only part of this system. The EU itself keeps churning out thousands of rules, regulations, and laws.

Build the maze; put national governments and populations in the maze.

Then more or less claim the planet would collapse without the maze.

European Commission President Jean-Claude Juncker just issued a “maze statement” to President Trump after Trump rejected the Globalist Paris Climate (non-) Treaty: “Europe’s duty is to say: it’s not like that. The Americans can’t just leave the climate protection agreement. Mr. Trump believes that [he can] because he doesn’t know the details…We tried to explain that to Mr. Trump in Taormina in clear German sentences. It seems that our attempt failed, but the law is the law, and it must be obeyed. Not everything which is law and not everything in international agreements is fake news, and we have to comply with it.”

Supremely arrogant, Juncker was winging it and writing his own script, because, in fact, the US didn’t sign on to a treaty in Paris. Obama tried to unilaterally bind the US to the climate pact, when a two-third’s vote by the US Senate is actually required for such international agreements. And no Senate vote was taken.

But this is the EU’s preemptive attitude toward defection, decentralization, and independence.

In the case of Brexit, climate change wasn’t the issue. Immigration was. The EU tried its best to chastise England for daring to insist unlimited numbers of migrants might be too many. “You’re in the maze, stay in the maze.”

And there is another vector of attack being launched at England: reminders the nation is evil for its colonial practices, which can never, ever be erased. But the covert leaders in that propaganda effort, the EU and its Globalist bosses, feel entitled in their own attempt to colonize the whole planet. “Your colonizing was bad, ours is good.”

With an annual budget in the vicinity of $100 billion, the EU is intractably corrupt and incompetent. It’s estimated that $5 billion a year is stolen from that budget. As for the other $95 billion, what is it for? Nations can govern themselves. The EU could disappear tomorrow and no one would catch a cold. The entire bloated structure, employing between 30 and 50 thousand people (depending on how far the count is extended) is a vast boondoggle.

It’s astonishing that anyone in the UK would feel a sense of loyalty to the EU.

There is nothing strange about Brexit at all. It’s a natural reaction: One day, a house pet goes outside and wanders off into the woods and never comes back. Who is really surprised?

The “system” called the EU insists that terrorism is somehow a price the British people must pay for entering “a better future for all.” Don’t ask what that future looks like. Don’t think about it. The UK doesn’t have the right to set its own immigration policy.

The chaos and destruction that result from open borders are simply an “adjustment period,” after which things will settle down. A new and better England and Europe will emerge. Diversity will triumph. How? Don’t worry about that, be happy.

You see, diversity is a high-minded principle, and by definition it implies a more humane society. Therefore, there is no counter-evidence. Facts are unimportant. 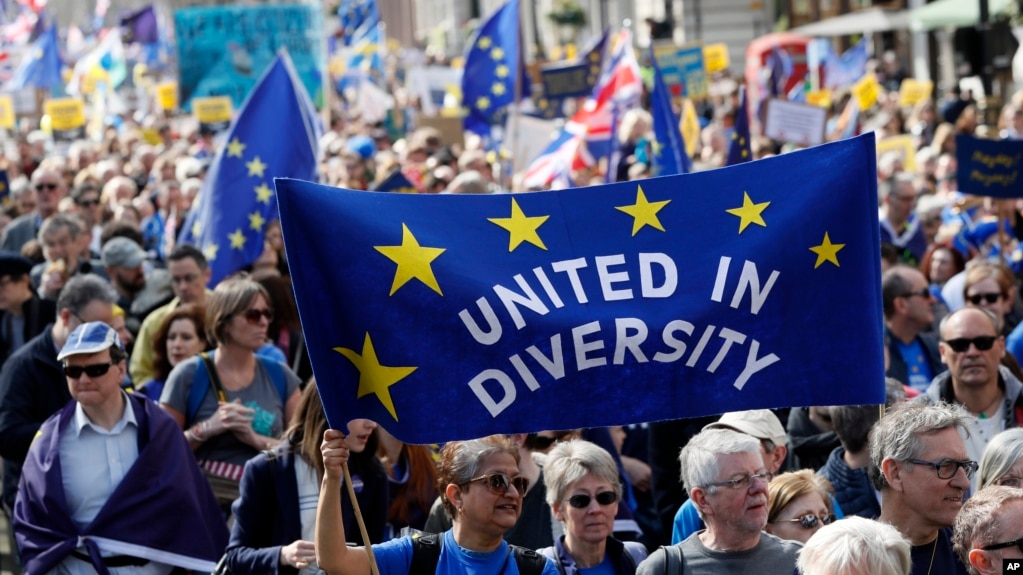 The latest London attacks are a message to the British people: You may have exited from the EU, but the EU policy on immigration still stands.

No it doesn’t. Britain is free to set its own policy.

The EU sees immigrant terrorism as its ticket to greater control over Europe.

The London attacks are a challenge thrown in Britain’s face. Bow down and accept; or rebel.

How many times must British citizens witness these attacks and watch police come in after the fact? How long before leaving means LEAVING?

How long before the British people realize that the flood of migrants is not simply “a refugee crisis” created by the US and its allies, whose imperialist policies of Empire and wars in the Middle East, Asia, and Africa, initiate “blowback?”

How long before they see numbers of these “refugees” are just military-age young men who arrive with destruction on their minds?

How long before they see England is riddled with EU agents who are “forwarding a humane immigration policy,” come hell or high water?

One continent, under no liberty and no justice, with suffering and slavery for all.

How long before they leave THAT?

REVEALED: NASA discovers that there is a protective MAN-MADE bubble surrounding Earth