“WASHINGTON — An American fighter jet shot down a Syrian warplane on Sunday after it dropped bombs near local ground forces supported by the United States, the first time the American military has downed a Syrian aircraft since the start of the civil war in 2011, officials said.

The confrontation represents a further escalation between forces supporting President Bashar al-Assad of Syria and the United States, which has been directing the military campaign in Syria and Iraq against the Islamic State.

The American F/A-18 shot down the Syrian government warplane south of the town of Tabqah, on the same day that Iran’s Revolutionary Guards Corps launched several midrange missiles from inside Iran at targets in Syria, hoping to punish Islamic State forces responsible for last week’s terrorist attacks in Tehran.

The Guards Corp said it “targeted the headquarters and meeting place and suicide car assembly line” of “ISIS terrorists” in the province of Deir al-Zour, where Islamic State forces surround an estimated 200,000 people in a government-held section of the provincial capital of the same name…..” 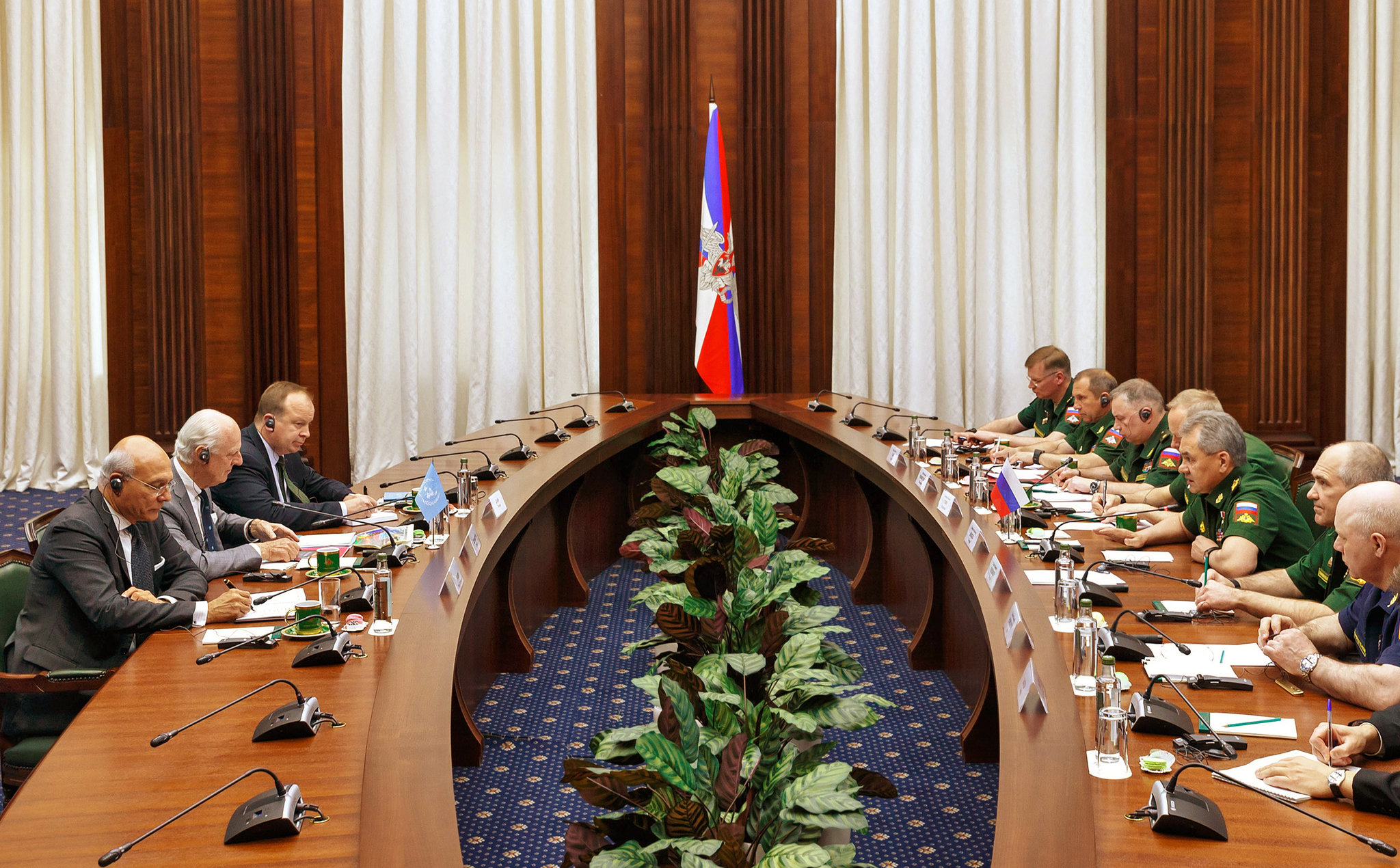 The Russians also said they had suspended their use of a hotline that the American and Russian militaries used to avoid collisions of their aircraft in Syrian airspace.

The episode was the first time the United States downed a Syrian plane since the civil war began there in 2011 and came after the SU-22 jet dropped bombs on Sunday near American-backed fighters combating the Islamic State. It followed another major American military action against the Syrian government: a cruise missile strike to punish a nerve gas attack that killed civilians in April.

The latest escalation comes as competing forces converge on ungoverned swaths of Syria amid the country’s six-year civil war. Syrian forces and Iranian-backed militias that support them are extending their reach east closer to American-backed fighters, including forces that the Pentagon hopes will pursue the militants into the Euphrates River valley after they take the Islamic State’s self-declared capital of Raqqa. The collision of the disparate forces has, in effect, created a war within a war.

“I would be very surprised if they willfully shot down a U.S. plane that came to bomb some al Qaeda target west of the Euphrates River,” said Michael O’Hanlon, a senior fellow in foreign policy at the Brookings Institution, a think-tank in Washington. “On the other hand, if we’re coming after Assad’s forces with some big armada, maybe they want us to be a little nervous that maybe we’d get shot at.”

O’Hanlon added, “They’re trying to create some deterrents, or some limits, on our involvement in escalation. And it’s consistent with the way this thing has been going back and forth for a while.”

Then again, some analysts believe the Russians are issuing empty threats because they can’t afford the consequences of doing anything more.

“A lot of of this is saber rattling and bluster from the Russians who are clearly unnerved actually by recent U.S. actions,” said Gardiner.

Sabre-rattling, or serious threat? Maybe there wasn’t a lot of action in 2015, but things have moved on. I guess we’ll find out what the next move is soon enough.

How To Kill a Whole Lot of People: Scripps Scientists Publish How They Made H7N9 Virus More Transmissible

Tue Jun 20 , 2017
From ActivistPost: “Propaganda for Peace, Love, and Liberty” June 18, 2017 https://www.activistpost.com/2017/06/scripps-scientists-publish-h7n9-virus.html?utm_source=Activist+Post+Subscribers&utm_medium=email&utm_campaign=7aa5305a53-RSS_EMAIL_CAMPAIGN&utm_term=0_b0c7fb76bd-7aa5305a53-388167717 By Janet Phelan In 2014, a moratorium was placed on federally funded research which involved making flu viruses more lethal. The moratorium was placed after heated debate generated by research published  by a Netherlands team, headed up by Ron […]