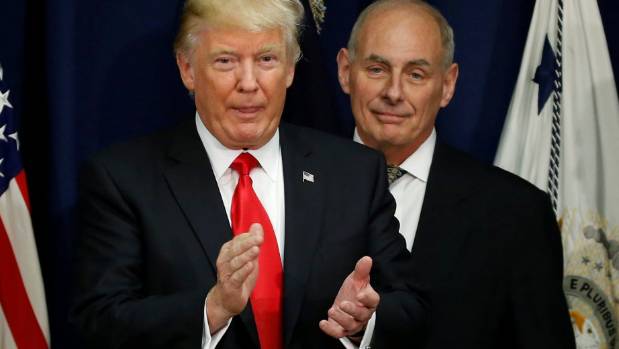 The US Supreme Court has partially reinstated Donald Trump’s controversial travel ban targeting citizens from six predominantly Muslim countries, prompting the president to claim a victory for national security.The nine justices, who will hear arguments in the case in October, said the ban could now be enforced for travelers from the targeted countries “who lack any bona fide relationship with a person or entity in the United States.”

The court tempered its ruling by saying the ban could not be implemented against people who have personal links to America, such as foreign nationals wishing to visit family, or students accepted to attend university.

But the decision nonetheless marks a win for Trump, who has insisted the ban is necessary for national security, despite criticism that it singles out Muslims, in violation of the US constitution.

The State Department said it would begin enforcing the travel ban “in a professional, organized and timely way” within 72 hours, in line with a memorandum signed by Trump earlier this month.

The US leader has suffered a series of judicial defeats over the ban, with two federal appeals courts maintaining injunctions on it by arguing that his executive order discriminated against travelers based on their nationality.

Reacting to Monday’s ruling, Trump said he felt vindicated by what he called “a clear victory for our national security.”

“As president, I cannot allow people into our country who want to do us harm,” he said.

On Twitter, he later added: “Great day for America’s future Security and Safety, courtesy of the US Supreme Court. I will keep fighting for the American people, & WIN!”

Trump’s initial executive order – handed down without warning a week after he took office in January – triggered mayhem at airports in the United States and abroad until it was blocked by the courts less than a week later.

2 thoughts on “Trump “Vindicated” As Travel Ban Is Partially Reinstated”