Russian President Vladimir Putin has signed off on a new state policy strategy for his navy that views the U.S. as aspiring to dominate the world’s oceans in a threat to Russia.

The strategy, in effect as of Thursday–the day Putin signed it–sheds more light into where Russia’s fleet sees potential for international friction and conflict. Among the direct naval threats for Russia falls “the striving of a series of governments, above all the United States of America and its allies to dominate the oceans, including in the Arctic and also to reach an intimidating supremacy with its naval forces.”

The strategy outline, binding until 2030, adds to previous statements from Russian navy officials who have designated the Arctic a priority development area for Moscow. The Arctic and the globe’s resource-rich northernmost are the subject of claims by Russia and four other countries, all of whom are U.S. allies.

In the 22-page navy document, intended as the policy foundation for future Russian military activities, the Kremlin’s ambitious self-image is clear. “The Russian Federation continues to retain its status as a great naval state, whose naval potential ensures the defensive of its national interests in any part of the World Ocean,” the paper declares. 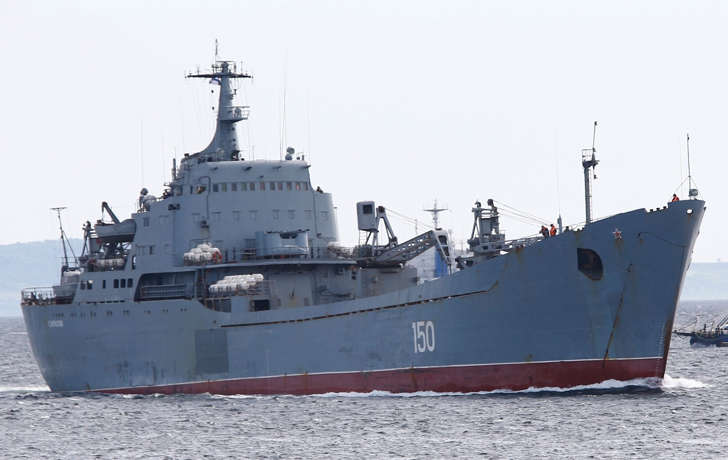 Russia’s new military plan calls for defense against the US across the ‘World Ocean’ The document claims that other countries are trying to “limit Russia’s access to resources at sea and its access to vitally important naval transport communications,” a copy of Putin’s decree on Russia’s official legal documents database said.

The picture painted by the new strategy is one of a wider conspiracy to “reduce the effectiveness” of Russia’s navy through “economic, political, legal and military pressure on Russia.”

Meanwhile the world is in for a rough ride by 2030, the document warns, predicting “an unstable military-political environment, characterized by the increase of global competition, rivalry in the world power centers” due both to the rise of extremism and international power plays.

Russia’s navy is “one of the most effective tools of strategic (nuclear and non-nuclear) containment, including in preventing a global strike,” Putin’s decree said.

“an unstable military-political environment, characterized by the increase of global competition, rivalry in the world power centers” due both to the rise of extremism and international power plays…..Doesn’t this rather contradict the 2030 Agenda plan of global stability and “world peace”?

Australian Aboriginal History Will Have To Be Rewritten Following Archaeological Finds

Fri Jul 21 , 2017
“Jabiru, Northern Territory: Aboriginal people have lived in Australia for a minimum of 65,000 years, a team of archaeologists has established – 18,000 years longer than had been proved previously and at least 5000 years longer than had been speculated by the most optimistic researchers. The world-first finding, which follows […]