A mining company should be allowed to dredge 50 million tonnes of iron sand a year from the South Taranaki Bight, the Environmental Protection Authority says.

However, Kiwis Against Seabed Mining (KASM) and Ngati Ruanui have already indicated they will appeal the ruling, delivered on Thursday, to the High Court.

The EPA was split on the controversial seabed mining application lodged by Trans Tasman Resources (TTR), with two members of its four-person decision-making committee issuing a “strongly dissenting opinion”.

But chairman Alick Shaw, made the casting vote to approve the application.

The seabed mine would cover an area of 66 square kilometres, between 22km and 36km off the west coast of South Taranaki. 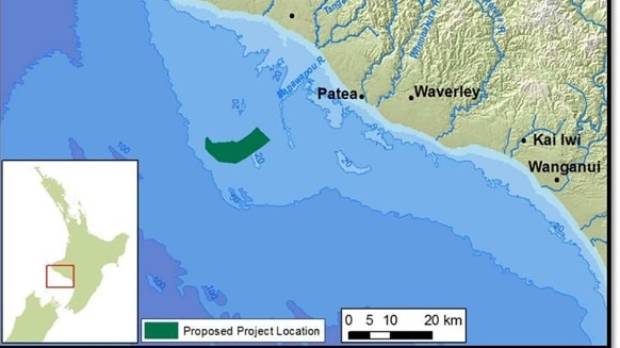 The 66 square kilometres off the South Taranaki coast where Trans Tasman Resources have applied to mine iron ore.

TTR has said it would be “a sustainable and world leading development” that would have little environmental effect.

But the venture has been opposed by KASM, Patea-based iwi Ngati Ruanui, environmental groups Greenpeace and Forest & Bird, and by Talley’s Fisheries which also submitted against the mining when a previous application by TTR was declined by the EPA in 2014.

Among the concerns is the possible impact on blue whales and Maui’s dolphins. 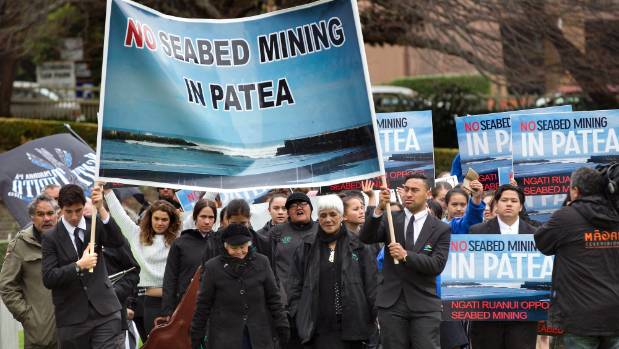 Ngati Ruanui, one iwi whose territory TTR has applied to mine iron sand in, protested at parliament in late 2016.

TTR would have to wait until after any High Court appeal before it could put its plans into action.

Assuming the EPA’s decision was upheld, TTR would then have to spend two years monitoring the marine environment before it did any mining. 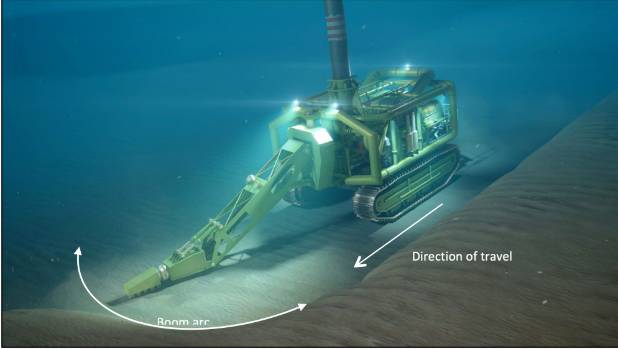 An artist impression of sand mining.

Last year a 6000-signature petition was presented to Parliament by KASM and Ngati Ruanui calling for a moratorium on seabed mining.

Much of their concern focused on the sediment plume that would be generated by the mine.

Delivering the EPA’s ruling, Freeth said the plume would spread from the mined zone into the coastal marine area – killing low-living organisms and possibly causing fish to avoid the area.

“Noise at a level likely to cause behavioural impacts will extend for some considerable distance in all directions.”

But all the effects would be “in some sense temporary”, he said.

The project would involve extracting about a quarter of a cubic kilometre of iron sands weighing a billion tonnes from under the sea.

Iron one would be separated from waste on a processing ship with about 90 per cent of the material returned to the seabed into previously mined areas.

TTR estimated the mine would generate $310 million a year in export earnings and $6.2m in royalties for the Crown, directly creating 463 jobs, including 367 in the Taranaki region.

James Stevenson-Wallace, general manager of the Ministry of Business, Innovation and Employment’s energy and resources division, said during earlier hearings that approving the mining would send a positive signal to foreign investors.

David Icke - How The Rothschild Family Plan To Crash The Economy