Please note: While the information in this article is relevant and noteworthy (otherwise we wouldn’t publish it), some discernment is required: Note that this is essentially an MSM promo for a new book. The Chinese Invasion Threat does appear to a potentially informative read though. 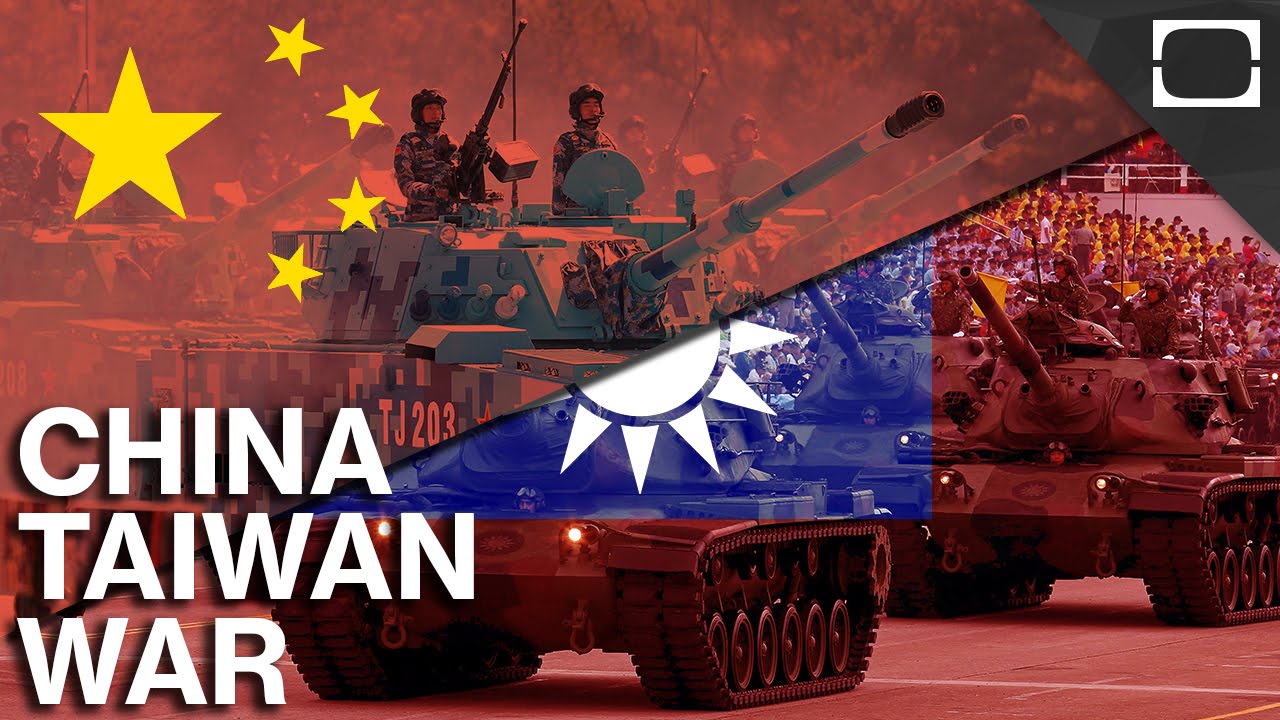 China has drawn up secret plans to invade Taiwan with a Normandy-style beach landing by the mid-2020s, sparking a possible region-wide conflict that would likely draw in Australia, a new book claims.
The Chinese Invasion Threat, which has received praise from respected defence and diplomatic figures in Washington, uses leaked Chinese military documents to compile in discomforting detail the invasion plans, which have never before been publicly assessed.
While North Korea is the acute crisis sharpening leaders’ minds around the world, the book argues China’s designs on Taiwan ultimately pose a graver threat because they could bring great powers – the US and China – into conflict for the first time since 1945.
The US would likely come to Taiwan’s aid in the event of an invasion and that could draw Australia in through the ANZUS alliance.
Author Ian Easton, of the Asia policy think tank Project 2049 Institute, concludes that China is held back currently by the likely massive loss of lives, resources and international prestige if it attempted an invasion but says “preparations will continue apace and the situation could quickly change”.
Citing People’s Liberation Army (PLA) internal writings, he writes that democratic Taiwan is seen by the Chinese Communist Party as “its most dangerous external national security threat” because its very existence challenges the authoritarian party.
Taiwan has been the subject of reunification ambitions by the mainland since it was founded by the exiled former Chinese leader Chiang Kai-shek in 1949.
“We must annihilate our [Taiwanese] enemies in large numbers, then conquer and control the entire island,” Mr Easton cites one PLA field manual as saying.
Conquering Taiwan is the PLA’s “historic mission” and “its principal war planning scenario”, he writes.
As well as national honour, China is also motivated by strategy: as an “unsinkable aircraft carrier”, Taiwan would give China clear access to the western Pacific.
The Project 2049 Institute takes a hawkish view on China. But Mr Easton’s book has earned praise from all sides, including former Bush administration deputy secretary of state Richard Armitage and former Obama administration assistant secretary for east Asia Kurt Campbell.
The book lays out China’s invasion plans in unflinching detail. The PLA would rely on speed, taking Taiwan before the US has time to intervene.
It would start with a naval blockade while also “softening up” the island through missile and air strikes, aiming for a “decapitation” that kills the Taiwanese president and other leaders.
Then it would send an armada of ships to stage beach landings in two waves that would ultimately land as many as 1 million Chinese soldiers.
The book also lays out Taiwan’s formidable defences, painting a picture of an island nation whose awareness of its existential vulnerability is woven into its DNA. Taiwan would pull out every stop and involve all citizens down to high school children, Mr Easton writes.
Drawing on Taiwanese military documents, Mr Easton writes that the country’s president, the cabinet and parliamentary leaders would be “moved to deep underground vaults, sealed into a system of secret command complexes that are capable of housing thousands of essential personnel under the earth’s surface”. They would move around via an extensive underground tunnel system believed to lie under the capital Taipei.
Taiwan could mobilise as many as 300,000 reservists within 24 hours and 2 million within 72 hours. Taiwanese intelligence would likely get at least one month’s clear notice because of the scale of Chinese troop movements needed.
The western beaches would host phalanxes of weapons from sea mines down to bamboo spikes and “sea walls of fire” that use underwater pipelines to pump flammable liquids into the shallows and scorch the amphibious landings.
“Chinese military writings depict the envisioned fortification systems as something ugly and medieval,” Mr Easton writes.
To survive the initial air and missile bombardment, Taiwan would hide many of its most advanced fighters jets in hardened mountain bunkers that would be brought out after the first wave. Major motorways can be turned quickly into airstrips – as regularly practised by the air force. Those fighters would then be unleashed on the Chinese naval invaders.
Taiwan could also mount missile and air counterstrikes against the Chinese mainland to persuade Beijing to back down.
Mr Easton acknowledges that China has good reasons not to follow through on its plan because of the high costs. Military planning does not equal intent.
The former defence minister, Labor leader and ambassador to Washington Kim Beazley told Fairfax Media that all countries plan militarily for all sorts of situations.
Once US forces were attacked, Australia would be obliged under ANZUS to consult with Washington, though it does not have to commit forces. Beyond that, Mr Beazley and other experts said, it would depend on the politics of the situation.
Australia could most immediately offer submarines and possibly fighter aircraft.
Mr Easton writes that “respect for international law and shared values would probably draw the United States, Japan, Australia and other democracies to Taiwan’s side”.
He concludes that to deter China, the US needs to more strongly and overtly support Taiwan, including by incrementally deepening its diplomatic relations, even if not immediately recognising Taiwan as an independent nation, and more regular arms sales.
The US President should meet in person with his Taiwanese counterpart and Taiwan should be invited to take part in international military exercises.
China, he writes, would be unlikely to invade unless it was certain the US could be deterred or at least significantly delayed from coming to Taiwan’s rescue.

Mon Oct 16 , 2017
Published on Oct 14, 2017 Elana Freeland joins Kev and myself in the second hour laying out the case for scalar wave directed energy weaponry having been employed igniting the fires in Santa Rosa, and elsewhere in California. https://youtu.be/Dl9gOEhVIGA