We don’t, said a team of Polish and Turkish engineers, who recently observed that up to now no one has crunched all the numbers. So they did, asking what would happen to CO2 emissions if drivers were to get rid of their existing gasoline-powered cars and buy a new EV, taking into account how cars are made (but not the emissions from making the gasoline cars because the focus is on replacing existing traditional with new electric vehicles), the different ways electricity is generated in Europe and the life cycle of EV batteries. Based on the average distance traveled each year in various countries and the average CO2 emissions from electricity generation in the EU, for the first 12 years of ownership the EV would result in more total CO2 emissions than sticking with an existing gasoline car. And based on how electricity is generated in Poland itself an existing gasoline-powered car would never produce as many emissions as the new EV. 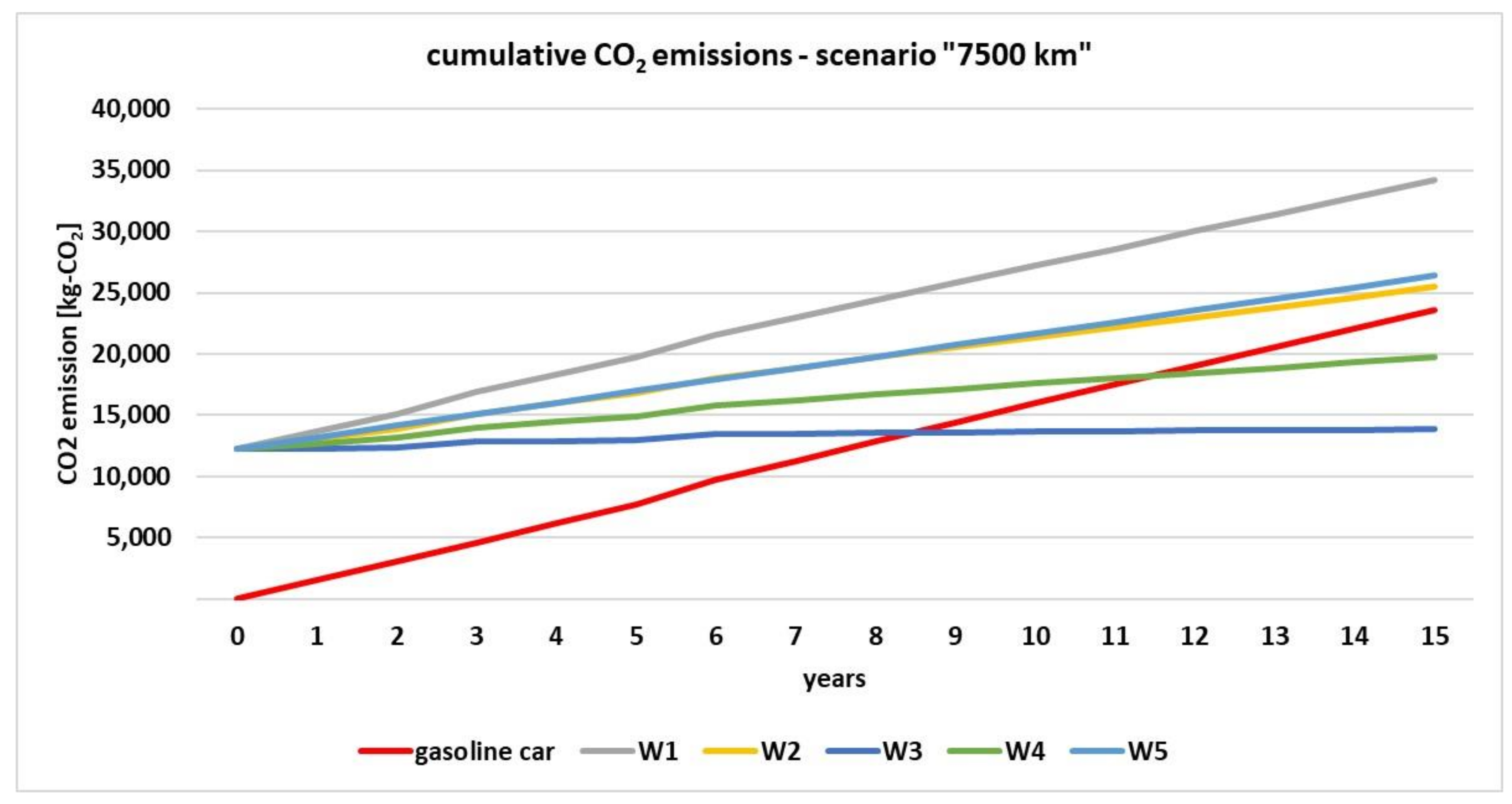 The comparison is in this chart. The red line shows cumulative CO2 emissions from driving 7500 km per year in Poland in a conventional gasoline car. The other lines show the CO2 emissions associated with an EV. They start partway up the axis because the new car has to be built whereas the existing one already was. If the option were to start from scratch the outcome would be different. But practical plans involve starting where you are.

The authors also looked at what happens if people drive more or less than average. Predictably if they drive a lot, the EV cuts emissions faster, between 4 and 6 years. If they only drive 3,000 km per year, or about 40% of the average, then the EV never yields lower cumulative CO2 emissions compared to keeping an already manufactured gasoline car on the road.

EVs present other problems. They cost more, take a long time to recharge, charging stations may not be available when you need one, the batteries need replacing every 5 years and the electricity is expensive (thanks to the climate madness-driven push towards renewables) and there does not seem to be any prospect of manufacturing enough batteries to supply continents full of them. Plus they risk disastrous battery fires. Anything else?

Oh yes. They don’t necessarily reduce CO2 emissions compared to keeping your current car on the road. Other than that, they’re a great idea.

Martin comments: Zero emissions? Yeah, sure…looks like a whole bunch of emission to me!

Mon Jun 6 , 2022
UK celebrity Neil Oliver relates his experiences as an mRNA Covid vaccine sceptic, and I’m sure most of us can relate to his story. MH Consequences for not doing the “right thing” (Neil Oliver and Bret Weinstein) Bret speaks with Neil Oliver about the COVID conference in Bath and on […]