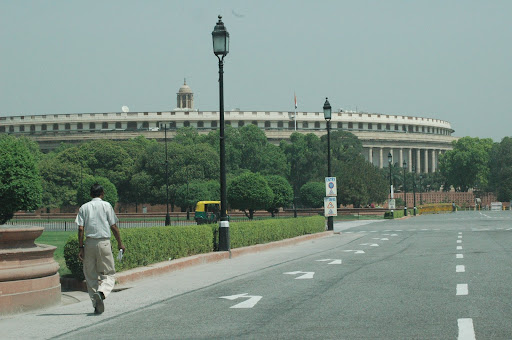 For the past 63 years – the life span of most countries of this region, South Asia has remained in a state of tension. The eight SAARC countries* that make up this geopolitically sensitive region, where a major chunk of the humanity lives, do not enjoy the kind of friendly and harmonious relationship with each other, as one would have expected. This despite efforts of some well meaning leaders like General Irshad, former Bangladeshi president, who tried to bring the people and the countries together on a single platform of South Asian Association for Regional Cooperation (SAARC) on the pattern of the European Union to help develop the region into a major economic and political bloc.

The first seven SAARC countries were enthusiastic about the concept and keen for it to succeed. Conscious that this model of cooperation between countries was important for their progress and deliverance from pervasive poverty, they tried to make it work but in the end it simply died.

When viewed in the context of the nature of these populations, which have a closely interwoven history and common ethnic, linguistic, cultural and religious heritage, this failure should not have occurred. It did because all the contiguous states on India’s periphery are fearful of Indian hegemonic designs and its urge to dictate and of being swallowed up by this giant.

The Failure of the British

In the case of India and Pakistan, given the historical divide between Hindus and Muslims, it is understandable for a certain amount of acrimony and distrust to have an impact on their relationship. Failure of the British government to affect an orderly partition provided an opportunity to the populations to vent their long simmering grievances, leading to the painful, bloody and destructive events of 1947.

But instead of the leadership of a bigger and stronger India accepting Pakistan’s creation as a reality and resolving mutual disputes in a spirit of understanding to restore normalcy, it adopted a belligerent course when Pakistan was struggling to survive. The resulting discord and three wars have plagued their relationship to this day, both countries diverting huge and precious financial resources to defence.

Even if the Indo-Pakistan relationship is set aside for a moment as one of a peculiar nature and even if Pakistan is presumed to be responsible for all the wicked behavior, the question arises, why do other countries of the region, despite a great deal of affinity with India and despite the absence of such distortions that mar Indo-Pakistan relations, find it so difficult to forge a closer relationship with India?

Why is it that India has failed to evoke trust and confidence among its neighbors to make SAARC, or for that matter another similar alliance, a success?

The eagerness with which countries of other regions, in recognition of new realities, are reshaping policies and establishing new alliances is indicative of a new world order taking shape. Isn’t it time for hostilities to give way to a congenial environment among South Asian neighbors too?

The fact is that for regional alliances to succeed, whether political or economic, it is imperative for all stakeholders to treat each other as equals, irrespective of their size or strength. This comes with respecting each other’s sovereignty, willingness to set aside political differences and showing a degree of flexibility to promote a common cause. Where differences exist (which is commonly the case), these are resolved, or at least a sincere effort for resolution, is undertaken. The bigger and more powerful the country, the more is its responsibility to promote this attitude.

In case of South Asia, this has not been true. India has disputes with almost every neighbor which have strained their relationships for years.

Nepal: The tiny mountain state of Nepal has complained of persistent Indian dictation and interference in its internal affairs. That India employs economic blockades and manipulates transit facilities to this landlocked country for arm twisting is no secret.

Bangladesh: Likewise, Bangladesh is locked into an unresolved dispute for the building of the Farakka barrage that deprives Bangladesh of its water share. Despite the gratitude Bangladesh owes to India for having militarily dismembered Pakistan in 1971 to midwife its birth, relations between the two have often sunk to the rock bottom on a host of issues, including border disputes.

Sri Lanka: In Sri Lanka, India overtly and covertly supported the insurgency against the state by a nationalist group, Liberation Tigers of Tamil Eelam (LTTE) in Jaffna – the northern region of this small island state. India’s support kept it politically and economically destabilized for decades. In the end, India paid for its interference when its prime minister, Rajiv Gandhi, was assassinated by a Tamil activist for having betrayed the movement.

China: Although not a part of South Asia, China is India’s important neighbor but for decades Sino-Indian relations have remained frosty, at best. They went to war in 1962 over a border dispute. Competing for regional leadership, it antagonizes China by hoisting the Dalai Lama off and on to keep the issue of Tibet alive. Lately, having aligned itself with America to contain China, India is bargaining for a tense Sino-Indian relationship in the years to come.

Pakistan: With Pakistan, India maintains the worst of relations mainly because of Pakistan’s political and military standing and its ability to reject Indian domination. Outstanding disputes include Kashmir, water distribution, dams that India constructs in violation Indus Water Treaty and border issues. Pakistan’s dismemberment in 1971 by Indian hands is still fresh. And when India finances, arms and supports insurgency in Balochistan through its consulates along Afghan-Balochistan border and through its RAW agents operating inside Balochistan for the replay of East Pakistan scenario, the images of 1971 war come alive and acrimony between the two countries intensifies. 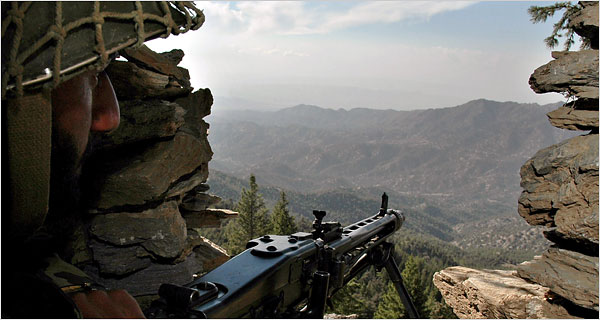 Afghanistan: By joining the American bandwagon in Afghanistan and positioning its troops in the name of infra structure development, India created enough concerns for Pakistan. But by its collusion with CIA and Mossad to take out Pakistan’s nuclear assets through subversion in FATA, the NWFP and other areas using the militants of Tehrik-e-Taliban, India is slamming shut the door on the peace process that Pakistan has been persistently trying to keep open ever since 1947. With a history of constant endeavors to balkanize Pakistan, Indian military build up in Afghanistan is seen by Pakistan’s military as an effort to put it in a nutcracker.

The growing Indian influence in Afghanistan is also a destabilizing factor in the region, as acknowledged even by Gen. McChrystal in his recent report. The make and types of sophisticated weapons and communications equipment, including satellite pictures of troop movements, recovered from the militants provide undeniable evidence of Indian involvement.

Mr. Ehsanullah Aryanzai, advisor to the Afghan Government, has said that India is using Afghan soil to conduct anti-Pakistan activities. The Indian Home Minister Chidambaram admitted that terrorists get support from elements in India for carrying out terror activities (The News, 15 Sep 2009). The executive editor of News Indian Express has acknowledged the evidence of Indian activities in Balochistan in their July 31, 2009 issue. Evidence of this was recently handed over by Pakistani prime minister to his Indian counterpart.

That Indian psyche breeds arrogance and expansionism is clear from the words of Pundit Nehru, India’s first prime minister, who said “India must dominate or perish”. Perish it will not. So dominate it must.

Nehru, and those who followed him, clearly take their cue from their radical doctrine of Hinduvta, which dictates that India is “not only the [Hindu] fatherland but also … their punyabhumi, their holy land.” (Ref: The Struggle for India’s Soul, World Policy Journal, fall 2002). To Hindu extremists, all others on this land are “aliens” who do not belong there and this includes Muslims and Christians. This justifies the commonly witnessed ethnic cleansing of non-Hindus and leads to the ultimate dream of the creation of Vrihata Bharat – a Greater India.

To ensure that this fatherland is reunited under Hindu rule, India pursues designs of expanding its boundaries to eventually include Pakistan, Sri Lanka, Bangladesh, Burma, Nepal, Bhutan and create the huge Indian empire. This explains its fight over territory with almost every neighbor.

It would be very naive not to see the direction towards which India is headed.

Far from becoming the sole ruler of the entire Indian Ocean, India is destabilizing South Asia and working its way towards its own disintegration. This is not only because it is surrounding itself with angry and insecure neighbors, but also due to its troubles at home, where an overwhelming number of insurgencies are most likely to drive it towards a fate similar to that of Soviet Union.

READ HIS BIO AND MORE ANALYSES AND ESSAYS
BY SHAHID R. SIDDIQI

Tue Nov 3 , 2009
For More Information:  free call (AUSTRALIA) – 1300 153 372 www.thehardevidence.com Purchase tickets online now – instantly and securely with Sticky Tickets For detailed information on the Australian 9/11 Truth Movement, and to find out ways you can help, please visit www.911oz.com To join our mailing list, click here or […]