[ … because kidnapping people – then flying them out of the country to torture them in some hideous, manky gulag in some former Soviet republic is just a -sh*tty- thing to be doing.

In a landmark case, twenty-three Americans, mostly CIA operatives, have been convicted in Italy for kidnapping a Muslim cleric from the streets of Milan in 2003. They were all tried in absentia after the United States refused to hand them over. The convictions turn them into international fugitives who risk arrest abroad. The case marks the first time any American has been convicted for taking part in a so-called “extraordinary rendition.” We go to Rome to speak with the Italian prosecutor who brought the case, Armando Spataro, and get comment from international law and human rights attorney Scott Horton. 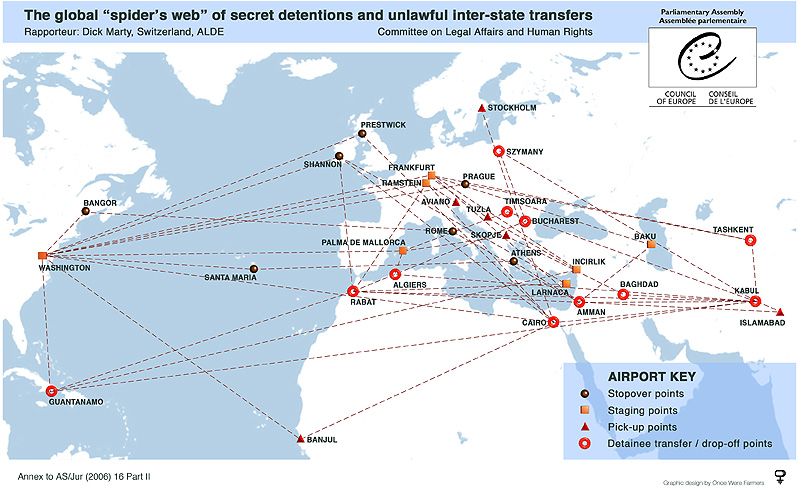 Fri Nov 6 , 2009
Source An official document from the Department of the US Air Force reveals that the military base in Palanquero, Colombia will provide the Pentagon with “…an opportunity for conducting full spectrum operations throughout South America…” This information contradicts the explainations offered by Colombian President Alvaro Uribe and the US State […]